Allen to Be Inducted Into Salina Central Band Hall of Fame 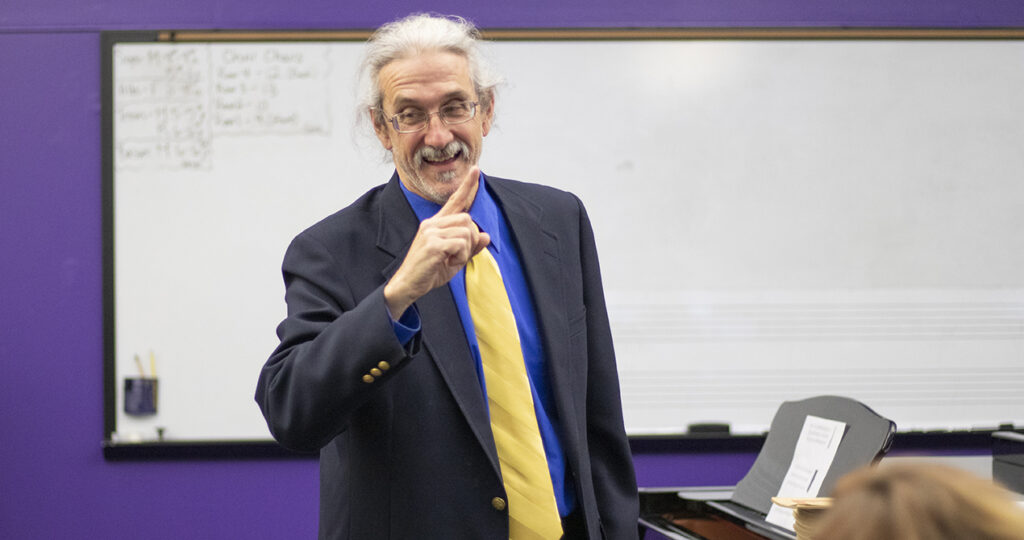 Joining Dr. Allen as a fellow inductee is Gayle McMillen, who served as the SCHS band director during KWU department chair’s time as a Mustang. A retired music instructor and a trombone player for the Salina Symphony since 2003, McMillen is also a member of the Kansas Music Educators Association Hall of Fame (2009) and the Southwestern College Fine Arts Hall of Fame (2010).

McMillen and his former pupil will be officially inducted by Salina Central at a later date.

Dr. Allen’s upcoming induction accompanies numerous awards at local, state and national levels, including recognition by the United States Congress for Musical Excellence. He is a two-time high school Teacher of the Year, a Kansas Teacher of the Year Semi-Finalist, and is listed in various Who’s Who publications. Other honors and distinctions include five awards from the Ohio State University School of Music, recognizing his teaching and service and selection as a Conducting Fellow for the Eastman Wind Ensemble’s 40th Anniversary. In 2008, Dr. Allen became the first civilian in the history of the United States Air Force to tour as a featured conductor (USAF Heritage of America Band) and received an Eastern Illinois University Achievement and Contribution Award.

Along with his many accolades, Dr. Allen is the founder of The Music Guerrilla, which works with underfunded/underserviced programs in Rwanda, Zambia, Haiti and Compton, California.