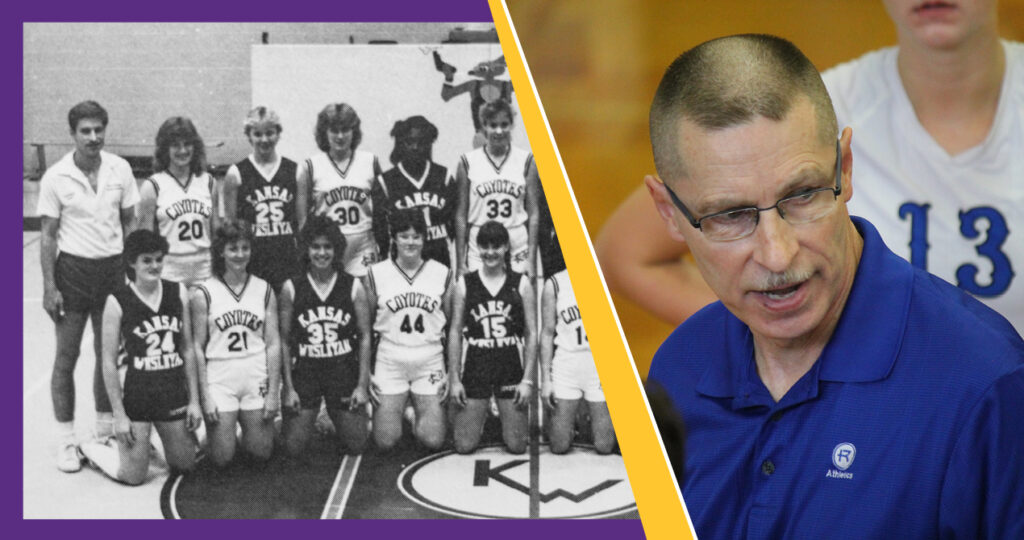 Rietzke will retire with 1277 collegiate volleyball wins, a total that ranks fourth all-time. He is the second winningest all-time coach in NCAA Division II history as well.

Rietzke transferred to KWU from York (Neb.) College, then a junior college, after his freshman year. He excelled for the Coyotes in three seasons, earning Honorable Mention All-KCAC honors as a sophomore, setting a then-school record for season field goal percentage. Things only got better from there for the Kensington, Kan. native, as he earned All-KCAC honors as a junior and senior. As a junior, he led the KCAC and was fifth in the NAIA in field goal percentage. As a senior in 1975-76, Rietzke was additionally named to the NAIA All-District 10 team and was an Honorable Mention NAIA All-American. At the time, Rietzke held the NAIA record for single season (.771) and career (.692) field goal percentage, records that still stand in KWU annals. His .771 field goal percentage in 1976 led the NAIA.

Rietzke served as a student assistant coach in the 1976-77 season for the men’s basketball team and was junior varsity coach for the women’s team.

Before returning to KWU as head coach of the volleyball, women’s basketball and softball teams, Rietzke spent a year as a high school coach in Quinlan, Texas, two years as boys’ basketball coach at Southeast of Saline and two years as an assistant at Marymount College.

His volleyball teams posted a 172-56 record overall and Rietzke was all-time the program’s all-time wins leader until passed by Fred Aubuchon. He twice led KWU to second-place KCAC finishes, led the 1987 team to a school-record 34 wins in his final season and a second-place finish in the NLCAA National Tournament.

In softball, he posted a 126-40 overall record and led the team to four consecutive KCAC Championships (’85, ’86, ’87, ’88). His teams never lost more than eight games in a single season and never finished worse than third in the KCAC race.

Rietzke also served as head coach of the Rockhurst women’s basketball team from 1988-96. The Hawks recorded a 206-45 record in his eight seasons and played in five NAIA national tournaments.