Debate and Forensics in Action in Oklahoma 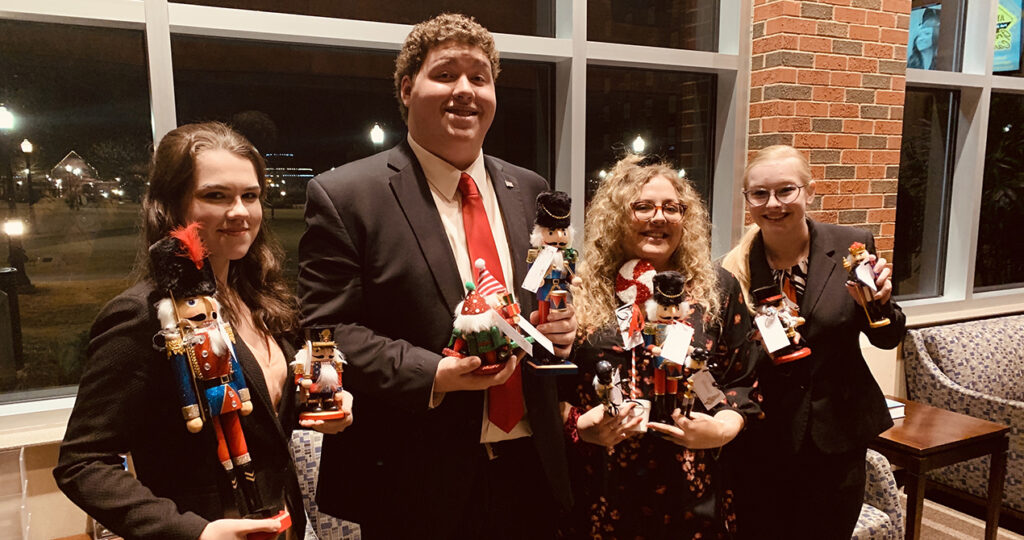 Home About News Debate and Forensics in Action in Oklahoma

In parliamentary debate, Cassity Morlan (Kechi, Kan.) and Bryce Boyd (Oklahoma City, Okla.) advanced to the finals and earned the runner-up spot, while Abby Wray (Wichita, Kan.) and Madi Mitchell (Mulvane, Kan.) made it into the semifinals.

The team finished third in overall sweepstakes for the tournament, including both debate and individual forensics events.

KWU debate and forensics will return to action in late January, when the team heads to St. Louis to participate in Webster University’s Gorlak Gala.