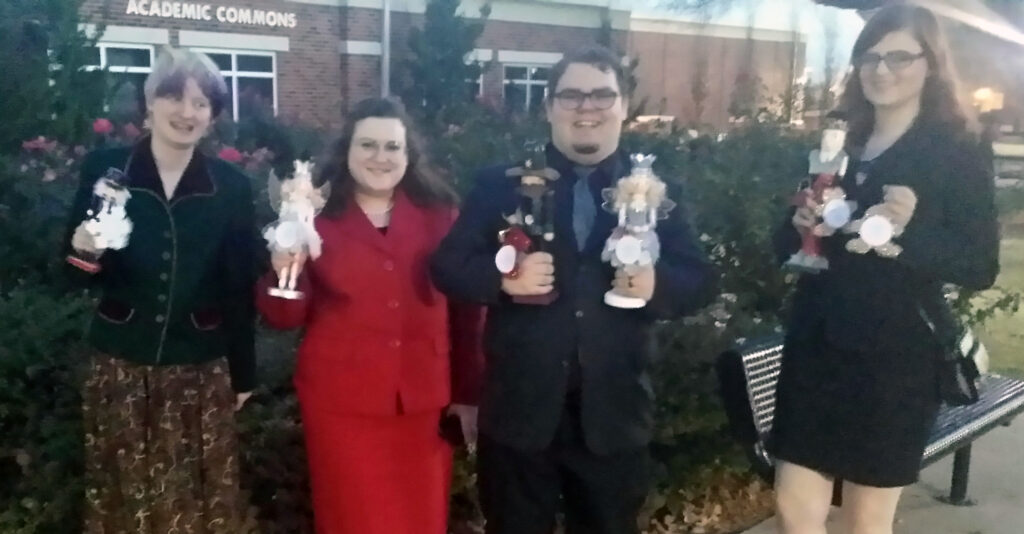 The Coyote Forensic and Debate Squad traveled to the Cameron University on Dec. 1–3 to take on 20 other universities and colleges at the annual Cameron University Christmas Classic Swing Tournament.  Southwest Baptist was the big winner in the School Overall Sweepstakes, with TCU placing second and Kansas Wesleyan placing third.

The squad’s next tournament will be after the New Year when they’ll head to Webster College Jan. 26–28.