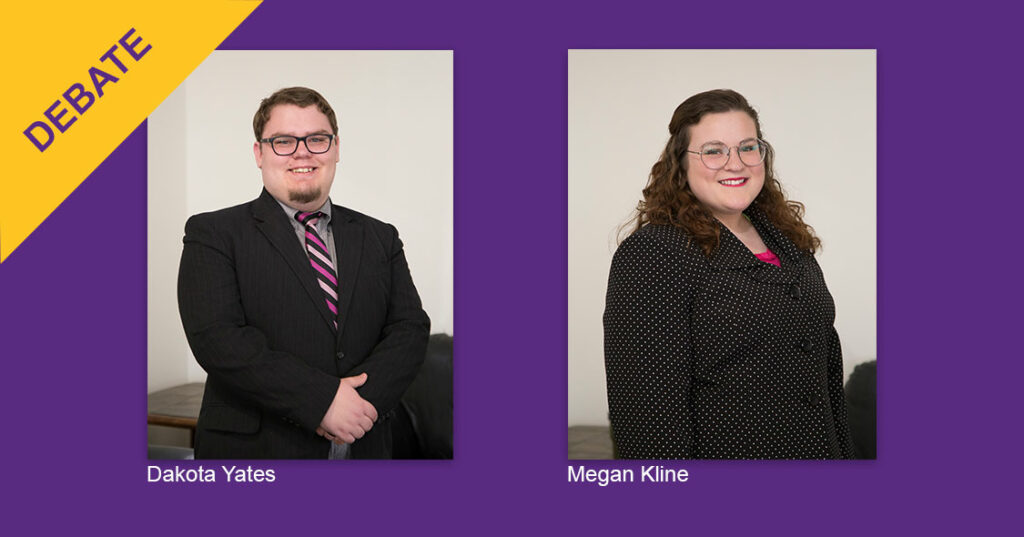 The Coyote Forensic and Debate Squad traveled to Webster University in St. Louis on Jan. 26–28 to compete with 36 other universities and colleges from 17 states at the annual Gorlok Gala Forensics Tournament. Many of the larger forensic and debate programs in the United States participated.

In Parliamentary Debate, the team of senior Dakota Yates and sophomore Megan Kline, both of El Dorado, beat Southwest Baptist in the finals to win first place. The final round was a rematch of Cameron Christmas Classic, and the Coyotes prevailed in both. Yates was also the second best speaker and Megan Kline was the twelfth best speaker.

In Forensics, Megan Kline placed fourth in Extemporaneous Speaking and was a semifinalist in Impromptu Speaking.

KWU Coach Gary Harmon was awarded the tournament’s prestigious honor, “Community Forensic Citizenship Award.” The award is given to someone who believes and demonstrates the values and ethics of the practice of Debate and Forensics.

“Coach Harmon’s work with students and coaches to assist programs and deepen research has helped to keep debate a matter of ‘good people, speaking well,’ ” Barbara Marshall, chair of the Department of Communication Studies and Theatre Arts, said.