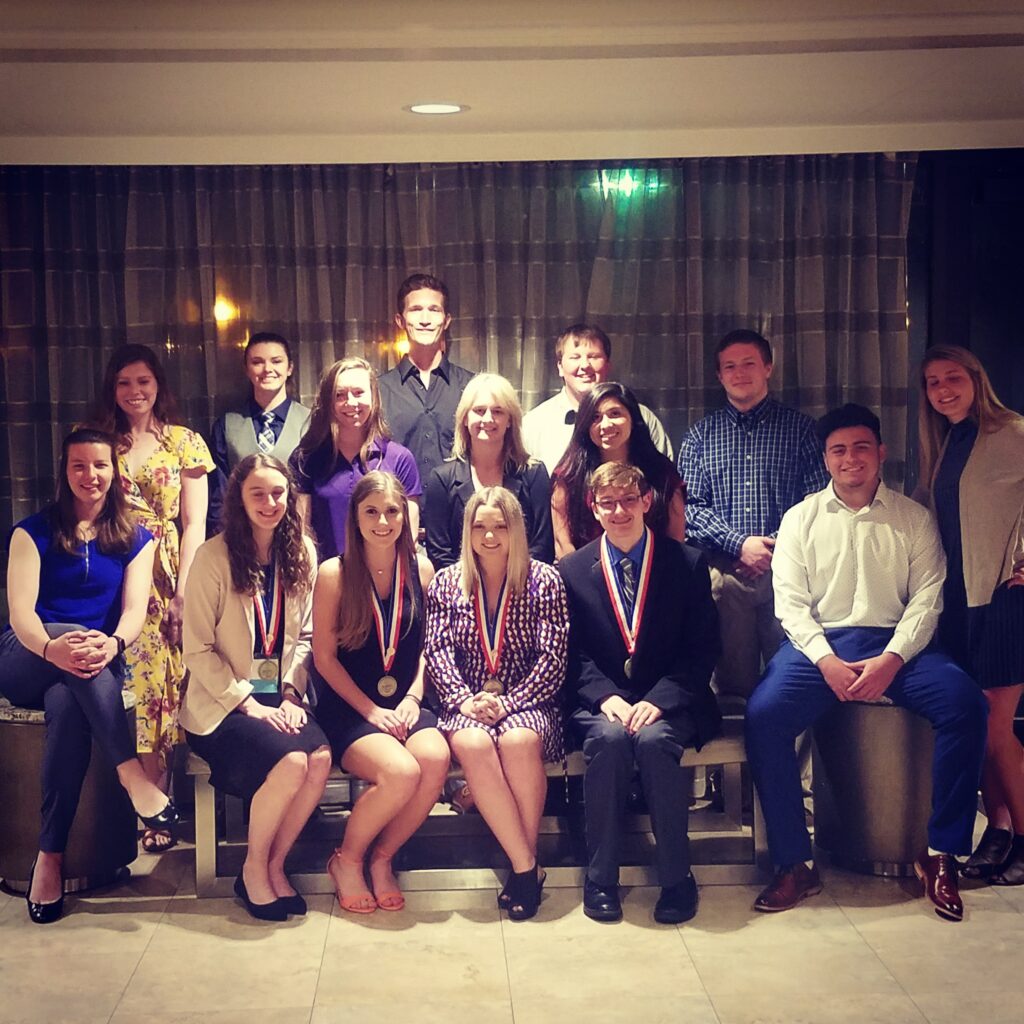 Competing at the Distributive Education Clubs of America national competition at the International Career Development Conference in Orlando, Fla., the entire KWU team also was awarded because all cumulative scores were higher than 75 percent.

Hailey Vandevanter and Megan Schutz were in the top 10 in Event Planning. Curtis Vanderstaay was in the top 10 in Managerial Accounting, and also earned a medal for having one of the highest test scores in that category.

Courtney Brockhoff was in the top 10 in Human Resource Management, while Matthew Whitsitt medaled for having a high test score in Financial Accounting.

There are more than 15,000 collegiate DECA members. The competition took place in Disney Springs, on the Disney campus.