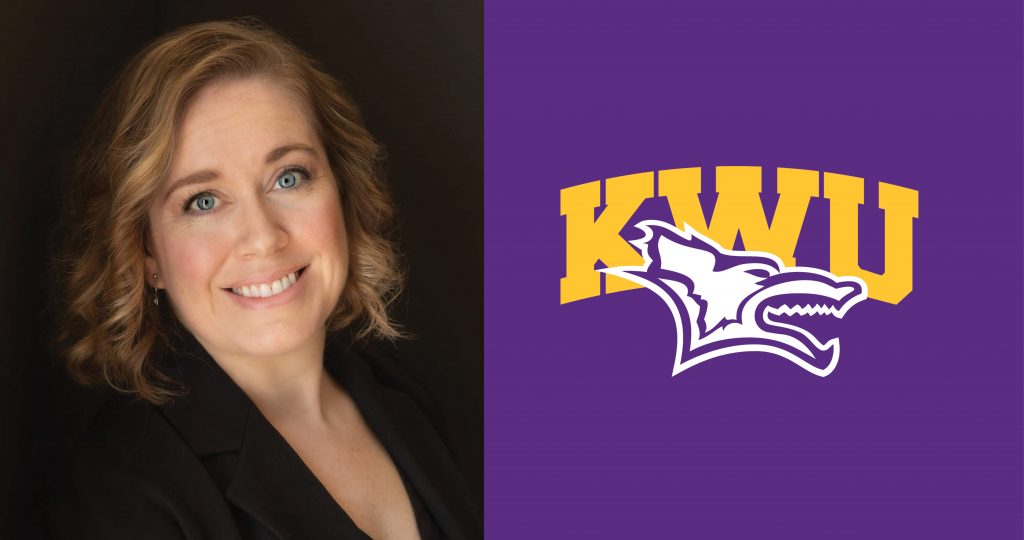 “My favorite part of teaching students is witnessing them reach their potential, especially a skill or a project they thought they could never achieve or finish,” she said. “When they do, it is pure magic.”

Eshleman also serves as the Salina Symphony’s Youth Choir director, which is comprised of fourth through eighth grade students. The group performs three concerts per year, including the upcoming Christmas Festival performances Dec. 11-12.

Eshleman has spent the last 11 years bringing her love of music and expertise to the classroom, but has made her mark throughout the Salina community since beginning to teach at Meadowlark Elementary.

Originally a resident of Geneseo, Eshleman chose to continue her post-secondary education at Kansas Wesleyan University following her graduation from Ellsworth High School in 2005. In Fall 2009, she received her undergraduate degree in Music Education.

“I chose Kansas Wesleyan because of the human connections I made with the professors,” she said. “I knew that the music department was working hard to create a long-lasting legacy for many generations of future musicians to come.”

As she moved forward in her career, the lessons she learned at KWU proved invaluable.

“KWU shaped how I teach today because I’ve learned to be truly self-reliant,” she said. “I understand how quickly the world and people can change, and so I have learned to be a ‘one-stop-shop’ in terms of educating, arranging, composing and performing.”

In the years following her graduation, Eshleman went on to achieve her Master of Music Performance degree from the University of Newcastle upon Tyne in England.

In 2015, she and her husband returned to Salina to be closer to family, and Eshleman began her tenure at Meadowlark Elementary. It was then that she began to get involved in the Salina community.

“Being a music teacher is the best of both worlds because I can assist others on their creative journeys as well as pursue my own simultaneously,” she said. “I sing, write, and arrange music with my husband, Stuart, for our ‘Nine50’ contemporary worship service at Trinity United Methodist Church.

“I continue to adjudicate for area music contests and have a full private lessons schedule. In addition, I also teach a private lessons group for young ukulele players that’s a lot of fun.”

Her passion for teaching was influenced by her own education.

“I had a professor of music who changed my life to such a degree that I didn’t look at the world the same way,” Eshleman said. “Music has such a sacred way of reaching others across the aisles to different cultures, generations and world viewpoints. I saw the enormous difference he was making to those around him, so I wanted the same for my life.”