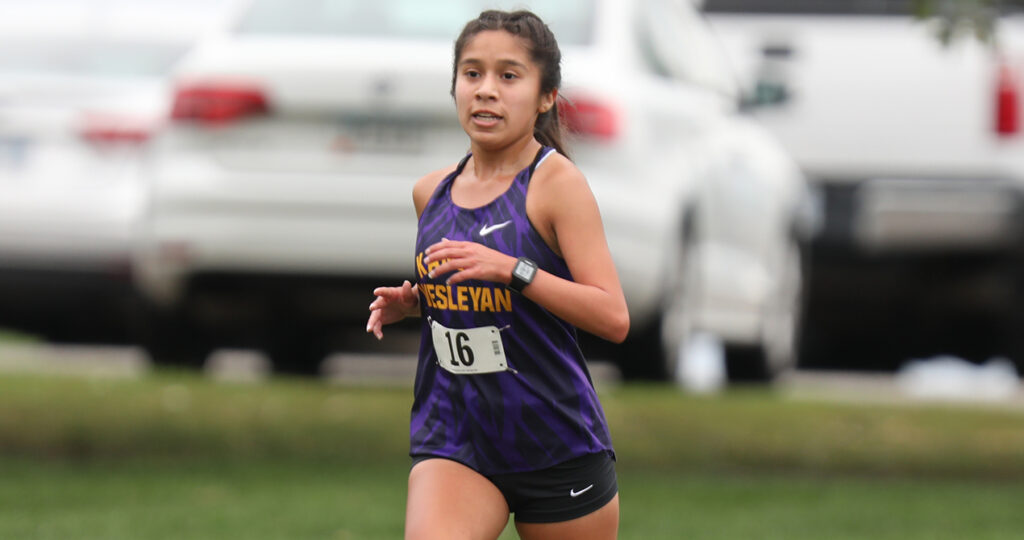 Stephanie Martinez will be chasing redemption when she runs in the NAIA Women’s Cross Country National Championship on Friday. Teammate Tabetha Deines is also running but views the event more as a break from her everyday routine.

Martinez and Deines will be among a large field of competitors that features 36 teams and 98 individual runners. The 5-kilometer race begins at 10:30 a.m. at Seminole Valley Park in Des Moines, Iowa.

Martinez competed in the last NAIA national cross country meet in November 2019 in Vancouver, Wash. It was her first appearance in nationals and things didn’t go well.

“I think it’s going in confident and not being afraid,” said Martinez, who won the Kansas Conference championship in a time of 19 minutes, 35.2 seconds last November at GreatLife Salina. “Seeing how many people were there last year at nationals really got to me. I focused too much on the course and everybody around me and I wasn’t focusing on myself and what my race strategy was. So, everything was out the window as soon as I started.

“The footing wasn’t great right at the start, and I knew that. I was very hesitant about inserting myself in the race, I just kind of stayed off to the side. I can’t be afraid of putting myself in there because I just came out with so many regrets.”

Martinez has spent much of the time since then preparing for Friday’s race and the chance to make amends.

“I’ve been doing so much better with these workouts than I ever thought,” she said. “Coach thinks I’m in shape to hit an 18:10 which would be a huge PR for me cross-wise. The course is flat which is exciting. It’ll be tough but I think I’m ready for it.”

Hiser expects Martinez to do well buoyed by the fact she’s not a newbie as she was in 2019.

“That had been her goal all year just to get to nationals,” he said. “She got there, and I think the moment was a little big sometimes and we were just kind of happy to be there.

“Now she’s not just happy to be there, she wants to make a name for herself. She can be one of the most improved athletes and that’s what we’re going to look at – where did we finish this year compared to last year?”

The plan is to be in the huge pack of runners at the beginning.

“The biggest thing with Steph is just making sure she’s up in the top 80, top 100 of the event – the pack,” he said. “We want her to a little bit more aggressive, but we don’t want to be too cavalier.”

“The goal from the beginning is to say in the top 80 and just make my way up,” Martinez said. “As long as I do that I can’t be mad at myself for anything else.”

Martinez is also a member of the KWU track team but her focus and training the last month and a half has been on Friday.

“We’ve done some work on the track, but it’s been going to Bill Burke (Park), going to Jerry Ivey (Park) and get on some soft surfaces and truly getting back into those cross country-style workouts,” Hiser said. “Steph Martinez is ready; she’s going to go out there and crush it.”

Deines’ focus has been on track and field and with considerable success. She earned All-America honors by placing fifth in the 800 meters in the NAIA Indoor Championships last month and qualified for NAIA Outdoor Championships in the 800 at the Loren Reusser Invitational last Saturday with a winning time of 2:15.98.

She was named the KCAC Women’s Track Athlete of the Week.

Friday’s race, though, will be her first cross country competition since finishing 13th in the KCAC race in 19:35.2.

“We’ve really just put the focus on track,” Deines said. “I have goals and I really want to go do well. My training hasn’t necessarily been for the 5K, it’s been more towards the 800 and the 1,500. I’m actually kind of excited to switch to cross country, it’s giving me a little break from track.

Hiser expects Deines to do well despite not training for the event.

“It’s just go and race,” he said. “We haven’t really changed her training; she’s been training for the middle distance in track and field.

“Because her races in track haven’t been as long doesn’t mean she can’t go out and PR. She’s the most fit she’s ever been in her life and she’ll get to go and use that speed and translate it over to the cross country course.”

“That’s intimidating in itself,” he said. “Now there’s going to be a lot more girls on the starting line but she’s going to have a teammate next to her and I think that’s something that will kind of help calm those nerves a little bit and make the time and the experience more fun and enjoyable.”

“It’s so nice having Steph there because she’s going to be by my side and help me through the whole process of actually remembering it’s cross country season,” she said. “But it will be really fun.”