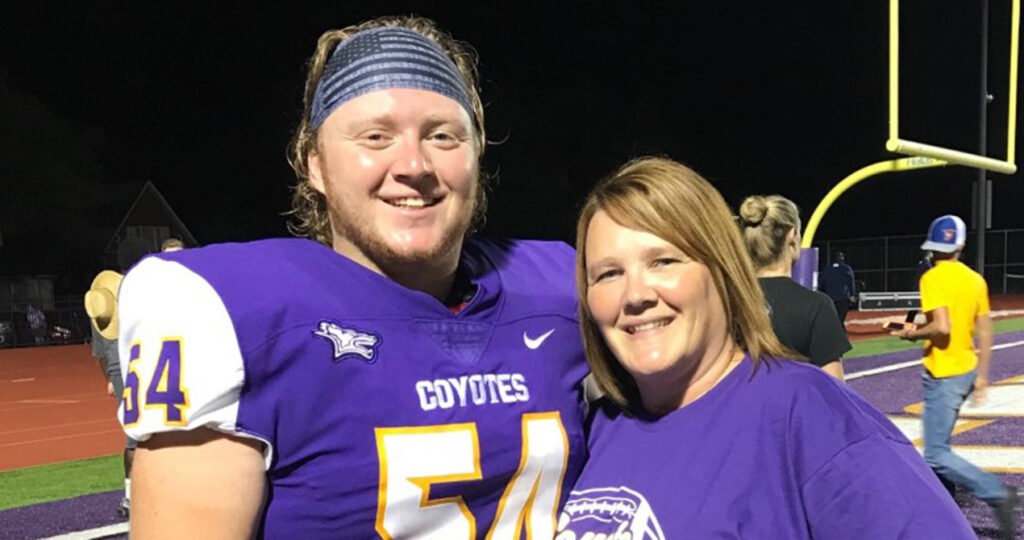 Home About News Feature: Stindt to Swap Classrooms in August

When Brett Stindt graduates from Kansas Wesleyan University in May, he will trade one classroom for another.

The Belleville native will start as a fourth grade educator at USD 355 Ellinwood Public Schools in August.

His career will begin on the heels of a running deficit in Kansas educators, particularly in rural areas.

“According to the state of Kansas’ site, there are 1,282 teaching vacancies across the state,” said Rex Hull, organizing director of the Kansas National Education Association (KNEA).

There is a more significant number of these open teaching positions available in Kansas’s rural communities.

“There are some places around Dodge City, Garden City, basically west of Salina, where there are larger numbers of vacancies,” Hull said. “It is difficult to find teachers, specifically in the areas of science, math and special education.”

Stindt said the appeal of the rural town of Ellinwood is its small community atmosphere and close proximity to family, specifically his brother and sister, who will be entering college and high school during the 2021-22 school year, respectively.

“My mom is a first grade teacher back home in Belleville. That was my first connection with the impact a teacher can have,” Stindt said. “I was drawn to education due to the impact I could have on individuals.”

His mother, Pat Stindt, said she worried that her long days and nights as a teacher might have deterred her son from the education field.

“He called me one night and told me he was changing his major to elementary education,” she said. “Brett has always been great with kids.”

Like many educators in small communities, Stindt intends to take on multiple roles in his district. He’ll spend the bulk of his time teaching in elementary school, and coach high school track and football, two sports he said positively impacted his own educational experience.

Stindt also acknowledges that there are fewer men in elementary education.

“I have the opportunity to be that male figure in students’ lives who need it,” he said.

In addition to his education at Kansas Wesleyan, Stindt, who was an all-conference lineman for KWU football, worked with youth sports during his high school career.

“He helped with youth football and basketball camps as well as umpiring little league baseball and softball,” said Pat Stindt. “His senior year of high school he was the teacher aide for fifth grade band.”

It wasn’t only Stindt’s mother who saw the potential educator Stindt could become.

“At his graduation party, his band teacher came up to me and said, ‘Brett will change his major and become a teacher, you just wait and see,’” Pat Stindt said.  “I told [the band teacher] he was crazy.”

As Stindt navigated his first year at KWU, he experienced a change of heart.

Stindt said he struggled with some of the course materials, which led him to explore other opportunities.

“I realized that I had always wanted to be a coach and be involved with helping younger generations learn and grow.”

His mom said she is proud to have a second-generation teacher in the family.

“I was shocked because teaching was never in his future plans,” Pat Stindt said. “To say that my heart was bursting with excitement would be an understatement. It is truly heartwarming to watch him work with kids.”