Feature: Watkins Navarro ’14 Finding Her Purpose in the Navy 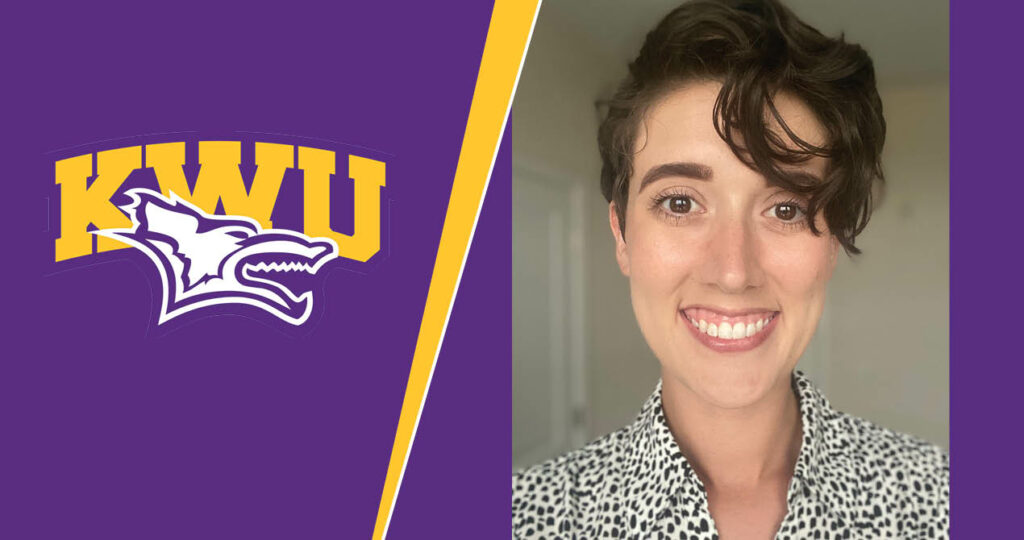 Home About News Feature: Watkins Navarro ’14 Finding Her Purpose in the Navy

Marci Gillespie, a graduate student at Oklahoma State University, was working toward a master’s degree in school psychology. The program required her to administer cognitive tests to handpicked test subjects. Of course, psychological tests are often time consuming and complex. Despite potential hurdles, Marci remained confident her eight-year old niece, Jourdin Watkins Navarro ’14, was up to the task.

“I think what surprised me was her deep interest in [psychology] at such a young age,” Gillespie recalled. “The questions that she had and the way she expanded on what I talked to her about was very interesting. She’s always been bright, though.”

About a decade and a half later, Watkins Navarro ’14 earned a degree in clinical psychology from Kansas Wesleyan. When she recollects on those cognitive tests, she credits her aunt for helping connect her with her passion.

“I think it just really introduced me to being able to measure human behavior and intelligence,” Watkins Navarro noted. “I’ve always been the type of person who has been really interested in people.”

“I did a lot of creative writing when I was a teenager, too,” she added. “So, I am really interested in people’s stories and what makes them tick. I think that psychology is a good way to marry those two ideas — getting to know someone’s story and appreciate what they’ve been through and what they’ve experienced.”

Determined to convert passion into profession, Watkins Navarro enrolled at KWU after spending a year at a junior college near her hometown of South Coffeyville, Okla. During her stay in Salina, she became the president of the Alpha Chi honor society and the psychology club. Dr. Steve Hoekstra, who served as the faculty sponsor for both organizations, has not forgotten Watkins Navarro’s determination and leadership from her time on campus.

“She was sort of that second-in-command if we were on a [collegiate] trip and I had to be pulled away for something,” he stated. “I treated her like a colleague because of how she matured in terms of responsible leadership and willingness to take charge when she needed to.”

After earning her bachelor’s degree in 2014, Watkins Navarro began her master’s at the Forest Institute of Professional Psychology in Springfield, Miss. When the school closed its doors the following year, she headed out to Glendale, Ariz., transferring to Midwestern University.

Around that time, Watkins Navarro made a career-defining choice, applying for the Armed Forces Health Professionals Scholarship. In 2016, she received the scholarship, cementing her place in the Navy.

Now a lieutenant, Watkins Navarro recently wrapped up the last leg of Midwestern’s doctorate program, concluding her internship at Naval Medical Center Portsmouth (NMCP) in Portsmouth, Va. At NMCP, Dr. Navarro’s role was no cakewalk. She worked with commanding officers, helping determine whether servicemen and women were able to continue their naval career. She met with sailors suffering from severe mental illnesses. Within the traumatic brain injury clinic, she assessed individuals from special operations forces, pilots and other service members, providing recommendations on specialized rehabilitative treatments.

“We’re given a lot of responsibility really early compared to peers that go to civilian sites,” Watkins Navarro said. “It’s just a really great population to work with and that makes all the hard work that goes along with it worthwhile.”

Watkins Navarro is acutely aware of the challenges mental health professionals face within the military. Not showing weakness of any kind is part of the narrative. While the perception of mental health is shifting, Watkins Navarro hopes to continue helping rewrite the story.

“People are more open to [addressing mental health issues], but there is still a lot of work to be done,” she said. “I just see it as a way of hopefully making a difference during my time within the military and having some impact on how mental health is perceived and normalizing some of the experiences that these service members are having.”

Those close to Watkins Navarro reference her inner competitiveness — a characteristic undoubtedly beneficial in the Navy.  The lieutenant is a go-getter — ambitious and relentless. When describing her niece’s tenacity, Gillespie likens it to a bulldog chasing after a bone.

“You throw that challenge down, and by God, she’s going to pick it up and run with it until there is some understanding,” Gillespie stated passionately. “She is going to go for that underdog, and help them be understood and accepted and help them be the best that they can be.”

In her pursuit of ensuring the underdog is understood, there is another trait Watkins Navarro possesses, one that is seemingly ingrained in her — the ability to sit and listen. Sure, it is vital for all clinical psychologists to have this quality, but the origin of Watkins Navarro’s listening ear is traced back to her heritage. She is a Native American — one-eighth Cherokee, one-eighth Dakota Sioux. Growing up, she learned the importance of gleaning wisdom from her elders when they spoke, without interrupting.

Dr. Navarro now has the opportunity to impart wisdom of her own as a clinician. Before picking the right moment to do so, she relies on her innate ability to listen, or even sit in silence with her patients, if necessary.

“When many people would try to fill that space because they get uncomfortable or awkward or feel like something needs to be said — I’m not really struggling with that as much,” she noted. “And that’s just the function of the environment I grew up in and how my family, neighbors and I all communicated with each other.”

Plans currently call for Dr. Navarro to journey to Bahrain in the coming days. There, she will serve at a medical clinic, working with troops deployed in the region as well as NATO forces stationed at the naval base. After her tour on the island is complete, the lieutenant will report to the USS Carl Vinson (CVN-70) in San Diego, boarding the aircraft carrier as the only clinical psychologist for approximately 5,500 sailors.

In the years to come, there will be new challenges awaiting Watkins Navarro. If her track record is any indication, she will approach every situation head-on. Watching from a distance, likely with tears of joy in her eyes, will be Gillespie. Her once eight-year-old niece is all grown up, now. She is no longer taking cognitive tests. She is administering them.

Dr. Navarro’s next test comes in a much different form, as she seeks to bring greater awareness to mental health issues within the military. Gillespie has no doubt Watkins Navarro can accomplish the task, emphatically stating, “If I would have faith in anybody to be able to make that understood, it’s my niece.”