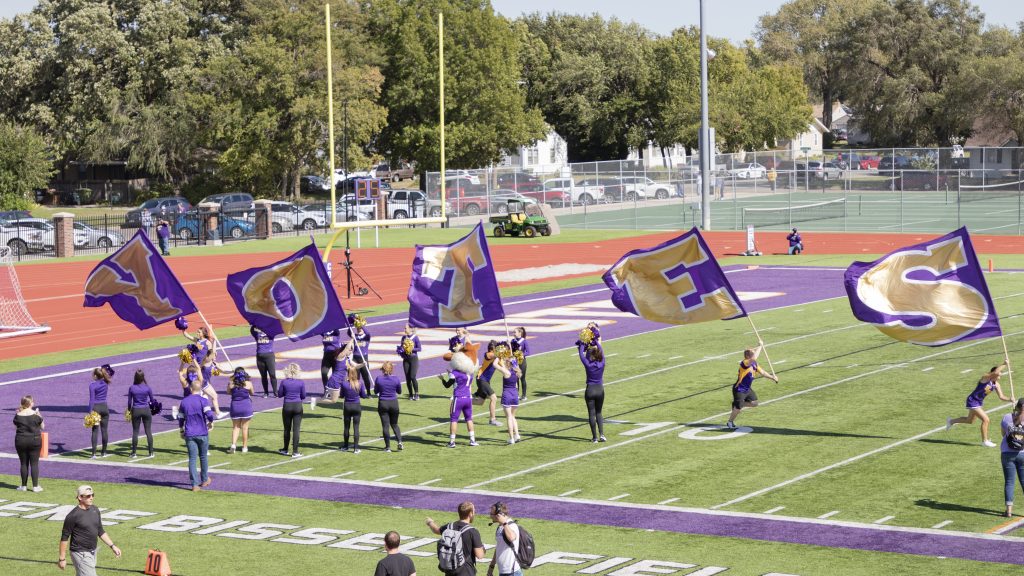 Kansas Wesleyan announced Wednesday morning that, as a result of significant growth at the university, it will restructure the lead roles of its athletic department. Current athletic director Steve Wilson will become the director of athletic compliance and external relations, while Richard (Dick) Speas will assume the role of interim athletic director. Speas will lead the department for the fall semester and be re-evaluated in early January.

“With our recent growth, we felt as though the time was right to make this change,” said Ken Oliver, executive vice president of advancement and university operations. “Steve’s knowledge of Salina will serve us well, not only from an athletic perspective but across departments as we seek to market and promote the opportunities we have on campus. Shifting his role allows him to contribute fully in this way, and I can’t wait to see what he’ll do, particularly in the areas of fundraising and community relations. He has done a tremendous job as athletic director, and I am glad to see him remain involved directly in athletics, through the compliance avenue.”

In his three years as KWU’s AD, Wilson posted a litany of accomplishments and departmental improvements. He launched women’s flag football, putting KWU on the cutting edge of an NAIA emerging sport, and started the men’s volleyball program. Wilson helped spearhead KWU’s contributions to the Salina Tennis Alliance, Dean Evans Stadium and the Salina South High School softball field improvements, creating a better culture not only for KWU but for the region as a whole. He also oversaw significant improvements to both Mabee Arena and Muir Gym, including the installation of box seating in the former earlier this year.

All of this was accomplished under the constraints of the COVID-19 pandemic, during which he had to navigate finding new opponents, makeup games, travel challenges and more.

“I am extremely excited to work with KWU’s fantastic Advancement team,” said Wilson. “I have no doubt that we will continue to build on the rich relationship between KWU and Salina. When I came home three years ago, my mission was to make a difference for our students, and I’ll continue to work every day toward that mission in this role. I am grateful for the leadership of President Matt Thompson and Ken Oliver, and their thoughtful vision for growing KWU’s ability to serve.”

This past year, under Wilson’s leadership, more than half of KWU’s 25 programs advanced to NAIA National Championships and the department posted a GPA in excess of 3.0.

“The quality of Steve’s work these last three years had been tremendous,” said KWU President Thompson. “He has been outstanding in integrating not only community service but academic responsibilities as well, into the student-athlete experience. As we consider adding new sports, potentially including wrestling, powerlifting and competitive shooting, his knowledge of the community will be incredibly valuable. Now we turn to Richard and his litany of experience. His knowledge of the entirety of the athletic experience, as well as KWU’s unique culture, will allow him to jump in and be successful right away. I look forward to another great year from Coyote Athletics!”

Speas, meanwhile, becomes the AD at a sixth institution in a career that has spanned parts of four decades across multiple levels, including NCAA Division III, NAIA and junior college. He has served as the athletic director at Western Texas College, Blinn College, Peru State College, Northland Community & Technical College and Southern Virginia University, where he was the institution’s first director of athletics. He oversaw significant capital improvements on numerous occasions, including a $7 million renovation to Peru State’s campus activity center.

“Steve’s legacy at Kansas Wesleyan is a rich one, and it will continue to propel the university to new heights,” said Speas. “His extensive connections in the community and success with fundraising efforts make this move a no-brainer. With Steve’s background, combined with my experience here and at other institutions, I believe we can create a level of synergy that will benefit our athletic program.”

Speas also has spent time in student life and admissions offices, along with serving two institutions as an assistant athletic director. He briefly served as the Iowa Director for USA Baseball and has taught at multiple institutions. He moves across campus from his current position of director of athletic recruiting and fundraising.