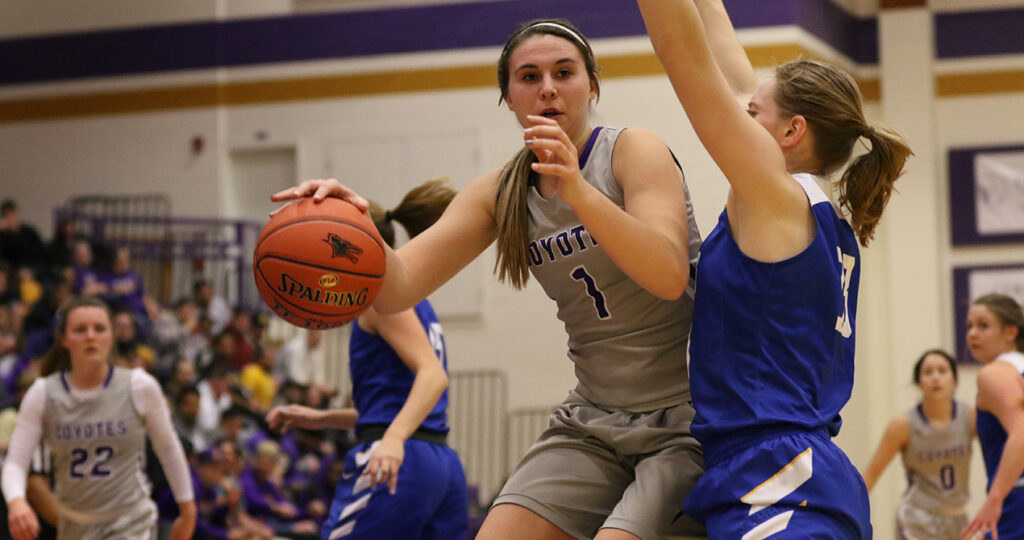 Kansas Wesleyan Coach Ryan Showman was at a loss for words following Wednesday’s game against Ottawa at Wilson Field House.

Showman’s Coyotes claimed no worse than a share of the Kansas Conference women’s basketball crown and locked in the tournament’s top seed as the Coyotes beat the Braves 57-50. It’s the first conference title for the Coyotes since 2011.

“I just don’t what to say,” Showman said. “Words can’t describe the amount of joy I have coaching these players and watching them play. They play for each other, they like each other and they just find ways to win.”

Just like last Thursday’s win on the road at Southwestern, the Coyotes had to battle down to the last minutes of the game. This time the Coyotes had to come back from a deficit, trailing by as many as six points in the third quarter.

It came down to the defense making plays…

To read the rest of the story, visit KWUCoyotes.com.