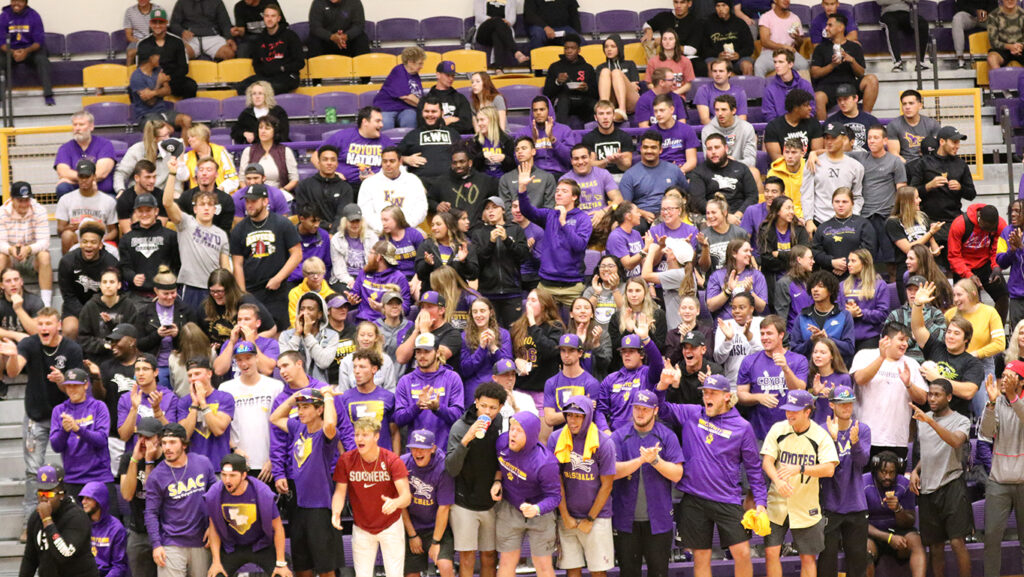 An exciting, fast-paced sport is coming to Mabee Arena in 2021-22. Kansas Wesleyan has announced the addition of men’s volleyball as the university’s 25th varsity sport.

Men’s volleyball will be the second sport added under the leadership of Director of Athletics Steve Wilson, as women’s flag football was added earlier this year, and will begin competition this spring.

The men’s volleyball season runs from January to April. The national championships are held during the second week of April. Teams are allowed up to 28 playing dates for the season.

“Men’s volleyball is fast, fun and exciting to watch,” Wilson said. “It was a smart addition, we already have an outstanding facility for the sport (Mabee Arena) and there’s not a lot of major expense. The court is the same, the net just needs to be a bit higher (than women’s volleyball), and the men play with a slightly different volleyball, but otherwise it’s all the same.”

In the NAIA, 48 institutions sponsor men’s volleyball, including fellow KCAC member Ottawa, as well as Central Christian College, in McPherson, Kansas. Several other regional institutions sponsor the sport as well, reducing strain on travel for competition. In the 2020 season, Ottawa played its entire schedule in the states of Kansas, Missouri, and Iowa.

2018-19 was the first season that men’s volleyball was a championship sport at the NAIA level. 2019-20 was slated to be the second year of the national championship for the sport, but it was canceled amid the COVID-19 pandemic.

Wilson says a national search for a coach is underway, and hopes to have the position filled soon to begin the recruiting process.

“We are on an aggressive timeline to fill the head coaching role, to give as much time as possible to recruit the roster for the 2021-22 academic year,” Wilson said. “A great list of candidates will surface, as this position will draw national interest. I’ve been associated with men’s volleyball for more than a decade, and the level of talent in the coaching pool is immense. I am excited to fill this role and begin another new era of Coyote Athletics.”