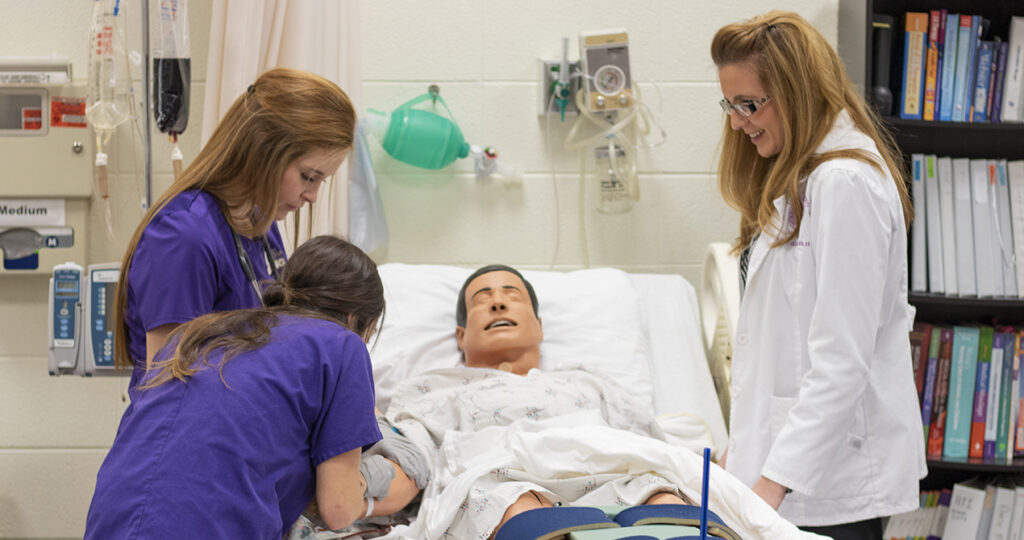 Home About News KWU Adds Another Donation for Nursing Facility

The Sunderland Foundation has announced a pair of grants, totaling $250,000, toward Kansas Wesleyan’s project to establish a new Nursing Education Center. The grant increases the total received during the campaign to over $5 million.

Plans are well underway for the renovation of the building at 135 E. Claflin Avenue. The 13,400-square-foot building will be the first new instructional facility on campus in 50 years.

Of the last two classes of KWU Nursing Education students, 100% passed the National Council Licensure Examination (NCLEX) and are currently working as nurses in Salina. The Nursing program at KWU was established in January 1988 after the Asbury Hospital program was moved to the university.

The Sunderland Foundation was established in 1945 by Lester T. Sunderland, who served as President of the Ash Grove Cement Company for 33 years and was a highly respected leader in the cement industry. Since its inception, the Foundation, which continues to be led by Lester T. Sunderland’s descendants, has focused on supporting construction projects, awarding grants to nonprofits in the Kansas City region and other markets traditionally served by the Ash Grove Cement Company. Grants are awarded in western Missouri, Kansas, Nebraska, Arkansas, western Iowa, Idaho, Oregon, Washington, Utah and Montana.