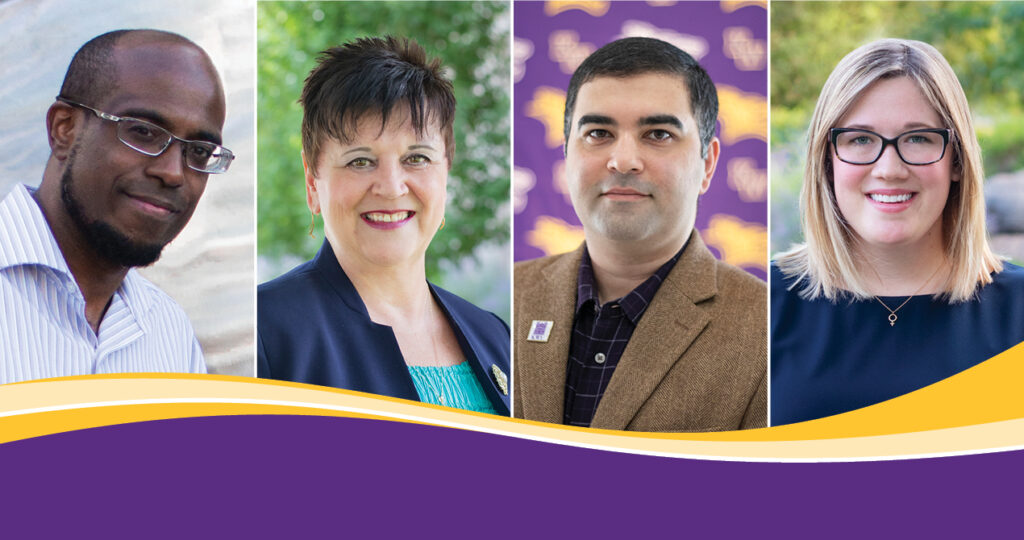 A diverse group of new faculty and staff, including individuals with experience in Pakistan and Brazil, was announced as the newest members of the Kansas Wesleyan University team on Thursday, Aug. 13.

Dr. Hassan Niazi comes to KWU from Northern State University in Aberdeen, S.D., where he spent the past six years as an accounting instructor. There, he taught courses at multiple levels on a litany of topics, including business communication and small business management. Niazi also worked in part-time roles for Career Point College (San Antonio, Texas) and the Lahore School of Economics (Lahore, Pakistan), and co-founded ShopUS Ltd., an online retail store connecting consumers from Pakistan with U.S. and European markets. At KWU, Niazi will serve as an assistant professor of Accounting.

Dr. Leonardo (Ottoni do) Rosario is KWU’s new director of strings. Ottoni do Rosario earned a Master of Music in Violin Performance at the Boston Conservatory and a Doctor of Music Arts from UNCG. He has played in professional orchestras as a violinist in Brazil and in the United States, and has participated in national and international performance tours in ten countries with some of the world’s most leading conductors. Ottoni do Rosario claimed second prize at the International Chamber Music Competition of the Chamber Music Foundation of New England in 2008, and served as the Assistant Concertmaster of the Fayette (NC) Symphony and Boston Conservatory Orchestras.

Dr. Eileen St. John is the university’s new director of Teacher Education. Dr. St. John joins KWU from Bethany College in Bethany, WV, where she served as the chair of the Education Department and director of the master’s program. She also developed that same program and helped it earn written approval from the Higher Learning Commission during her time there. St. John, who will serve as an assistant professor of Teacher Education, has also made stops at the University of Pittsburgh, Medaille College and others in a collegiate education career that spans more than 20 years.

Finally, Dr. Taryn Gilbert Howard joins KWU as an assistant professor of English. Gilbert Howard comes to KWU from Texas Tech, where she earned her doctorate in American Literature this past spring. She is familiar with Kansas, having earned her masters in literature from Wichita State in 2014 and her bachelors from the University of Kansas in 2010.

Staff additions include Lindsborg’s Amanda McLaughlin, who brings nearly a decade of higher education experience to KWU as the new director of financial aid. In addition, there are a handful of new faces in the admissions office. Ivery Gillespie, Robert Beltran, assistant volleyball coach Kate Madsen and assistant baseball coach Jonathan Freemyer joined the office as counselors. In addition, Jordan Matheney ’19 was hired to a full-time position as admissions counselor and advancement assistant.