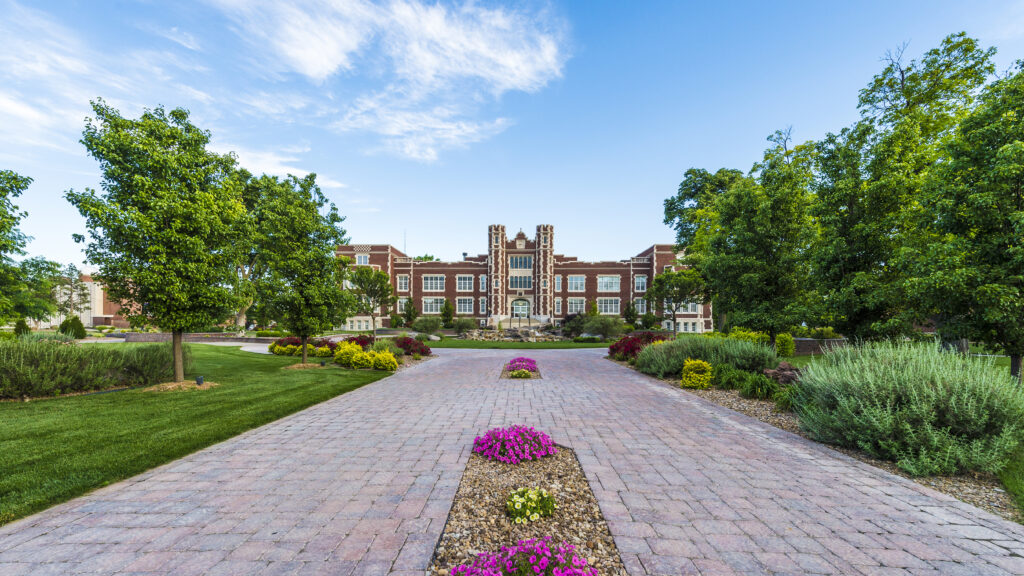 Four new members were recently elected to serve three-year terms on the Kansas Wesleyan Board of Trustees: Michael P. Gonzales, Marilyn K. Kirk, Steven B. Michel and Dr. William McCreary. They will join a distinguished group of 21 civic and business leaders that oversees the university and sets its future goals and priorities.

Gonzales, a resident of Overland Park, KS, is a senior HR consultant with Savantage Solutions. A 1984 graduate of Kansas Wesleyan University, Gonzales earned a Master of Social Policy from American University. He spent the majority of his career working for the USDA in the military.

Kirk, a resident of Evanston, IL, has had a robust career in higher education with more than 35 years of experience in student affairs, fundraising and development. A 1968 graduate of Kansas Wesleyan University, Kirk earned a Doctorate of Educational Leadership & Policy Studies from the University of Kansas.

Michel, a resident of Salina, KS, is the retired President and Chairman of the Board of First Bank Kansas. Michel previously served on the KWU Board from 2009 through 2018. He earned a Bachelor of Science degree from Fort Hays State University.

“We are so fortunate to have these four individuals as trustees,” said Kansas Wesleyan President & CEO, Dr. Matt Thompson. “They have each demonstrated leadership in their respective careers and communities, as well as a dedication to our campus. I am grateful for their commitment to KWU; they will be great additions to our Board of Trustees.”

The following officers for 2019-20 were also elected:

Wilbur, a resident of Salina, Kansas, is the Managing Partner of Wilbur Development, LLC. and brings a wealth of experience and leadership in the banking field to the Foundation Board.

President Thompson expressed his appreciation to Wilbur. “I appreciate Tom’s commitment to our work and mission and serving the long-term interests of Kansas Wesleyan and our students,” said Dr. Thompson.

The KWUF is organized for education purposes and is to be a supporting association for the financial aid and assistance of Kansas Wesleyan University. For more information about the Foundation Board, contact Ken Oliver, Senior Development Director/Foundation Administrator.