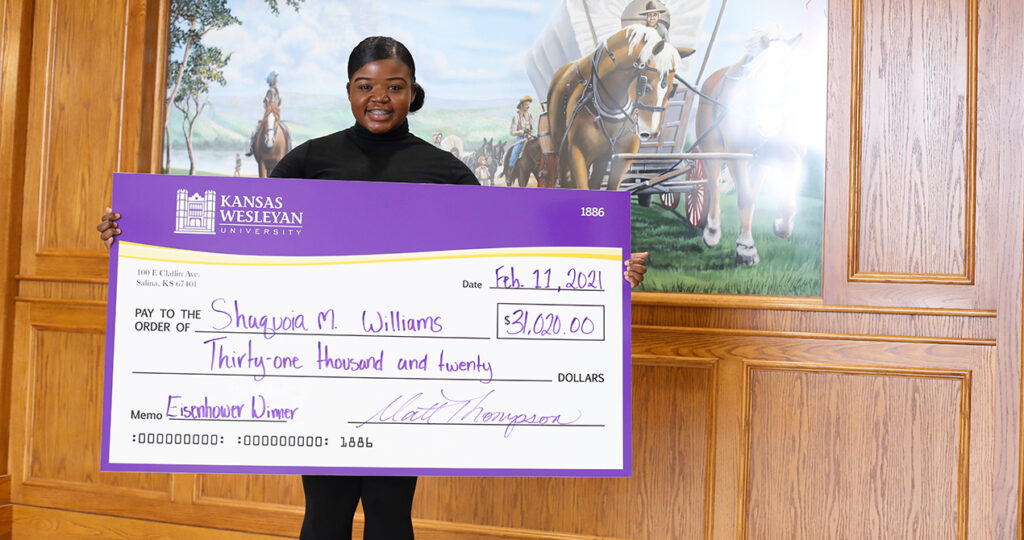 Williams (Wichita, Kan./Wichita Heights HS) will major in Biomedical Chemistry at KWU, with an eye towards a future career in veterinary science.

“We’re excited to have Shaquoia become a part of the KWU family,” said Ken Oliver, vice president of Advancement, Admissions and Marketing. “She distinguished herself throughout this process, both with her academic prowess and her true passion for her future career, and we look forward to her becoming a Coyote.”

President Dwight D. Eisenhower initiated the Eisenhower Scholarship in the late 1960s. He selected KWU, the closest institute of higher education to his childhood home of Abilene, Kan., as the university that would house his named scholarship. The scholarship would be presented to students who exhibited high academic achievement. Several years ago, KWU resurrected the scholarship after a brief hiatus, and a half-day competition was designed to select the winner(s).