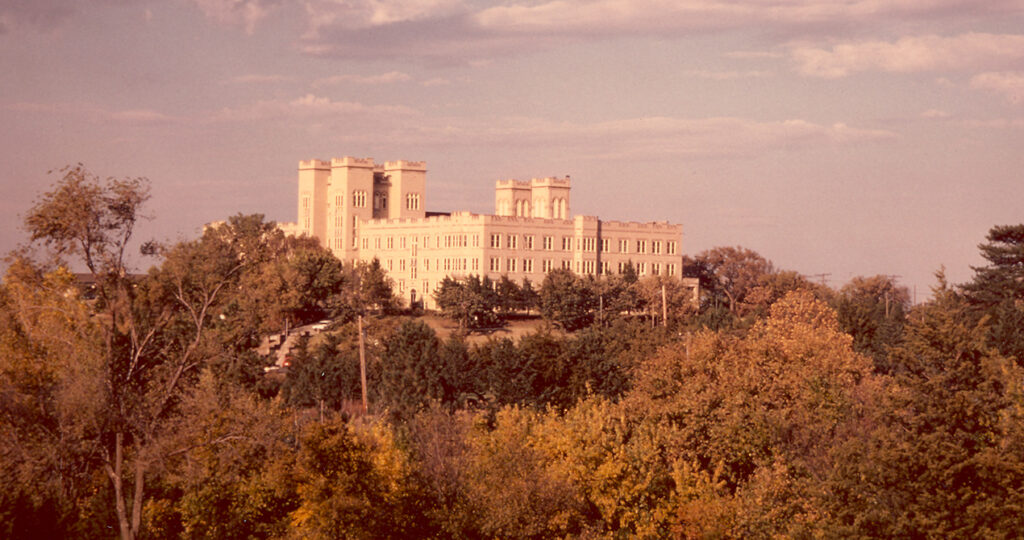 Kansas Wesleyan announced Tuesday that it will honor the history of education in Salina with a new scholarship. Children and grandchildren of Marymount College alumni will be eligible for a 50% tuition scholarship. The scholarship applies to new full-time, on-ground, on-campus undergraduate students beginning in the fall of 2021.

“Marymount College was an important part of the educational landscape of Salina,” said Ken Oliver, KWU vice president of Advancement, Admissions and Marketing. “2022 will mark the 100th year since its founding. Many influential individuals worked at both KWU and Marymount, both in academics and athletics, and we’re honored to remember the history of such an important institution with this scholarship.”

Marymount College opened in 1922 in Salina and operated until June 1989. It was a regional leader in art, theatre and music, and was also known for athletics. That included basketball, a sport where its men’s team nearly defeated a team from the Soviet Union in Smoot Gymnasium in November of 1975. The game is still remembered as one of the landmark athletic events in Salina history, and the team’s coach, Ken Cochran, is a member of the Kansas Wesleyan Sports Hall of Fame.

Educational records from Marymount College are housed at Kansas Wesleyan.