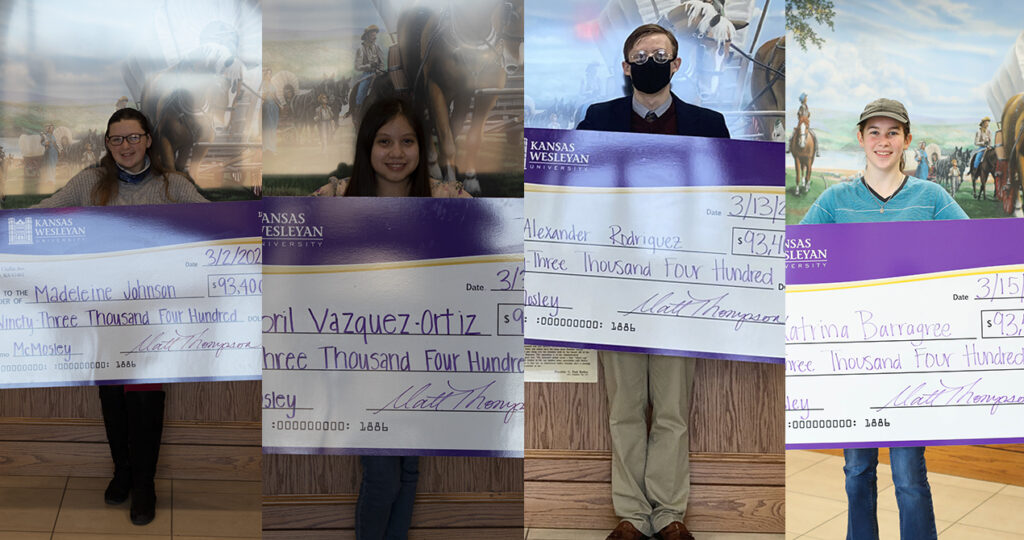 Madeleine Johnson (Hugoton/Hugoton HS) intends to major in Music Education or Math and join one of KWU’s vocal groups, while Abril Vazquez-Ortiz (Wichita/Wichita Southeast) will major in Theatre and join KWU’s company. Alexander Rodriguez (Chanute/Chanute HS) will be a part of KWU’s debate and forensics program as a Psychology or Political Science major and Katrina Barragree (Kansas City/Saint James Academy) will be in KWU’s band and major in either History or Network Management and System Administration.

“These four individuals add to our fantastic incoming class,” said Ken Oliver, vice president of Advancement, Admissions and Marketing. “They each bring unique gifts and talents to campus, and we look forward to them joining the Coyote pack in August!”

The Bill McMosley Scholarship Competition honors the long-time KWU Director of Bands, a stint that ran from 1999–2013, and was heavily involved in other musical events and educational efforts in the region. He passed away in June 2020.