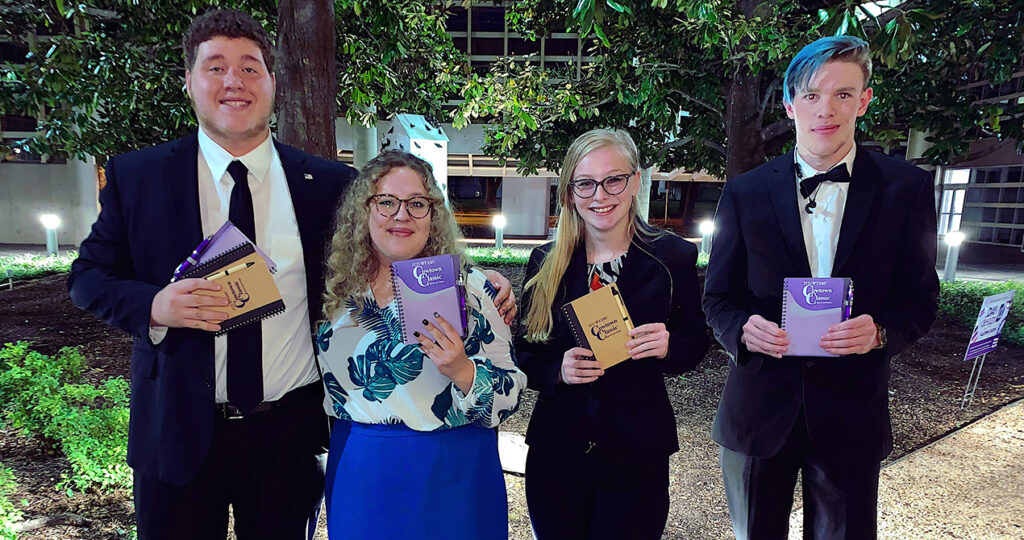 The KWU debate and forensics team was in action the past two weekends, competing Oct. 18-20 in the Carnegie Mule Tournament, held at the University of Central Missouri in Warrensburg, Mo., and at the Oct. 25-26 Cowtown Classic at TCU in Fort Worth, Texas.

The team is now off until December, when it resumes action at the Cameron Christmas Classic in Lawton, Okla.