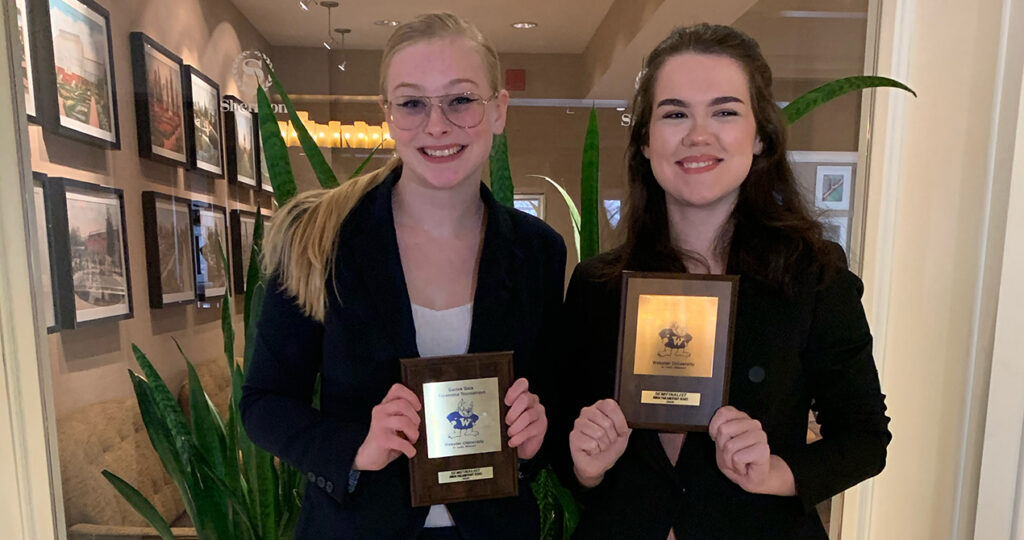 The KWU debate and forensics team traveled to St. Louis, Mo. to compete at the 90th annual Gorlok Gala at Webster University Jan. 24–26.

In other events, Morlan was sixth in prose interpretation, while Mitchell advanced to the semifinals of impromptu speaking and was awarded top novice in communication analysis.

KWU debate and forensics will return to action Friday–Monday, when the team hosts the 17th annual Border Wars tournament on campus in Salina.