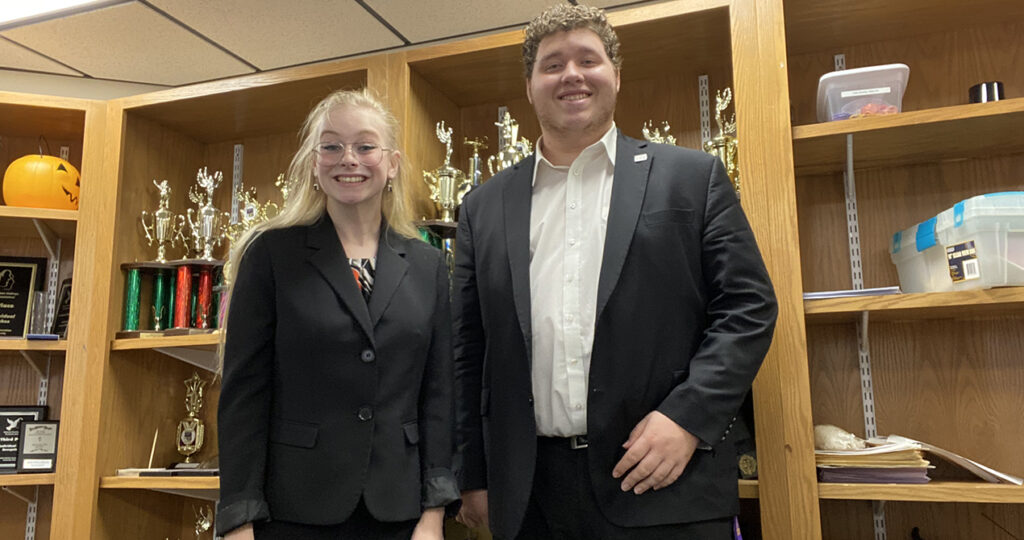 “The future is bright for our program,” said assistant debate coach Kiefer Storrer. “We have a very young team, as our roster has no seniors and just one junior, and now we have a great deal of experience.”

Wray also finished third in program of oral interpretation and sixth in varsity extemporaneous speaking, helping her to a seventh-place finish across the entire tournament. Boyd was a quarterfinalist in parliamentary debate with Madi Mitchell (Mulvane, Kan.) and finished fifth in persuasive speaking.

Other results included Savannah Bonilla (Salina, Kan.) finishing second in both novice extemporaneous speaking and Lincoln-Douglas debate, while Elizabeth Schaefer (Lyons, Kan.) was third in dramatic interpretation and fourth in program of oral interpretation. Finally, Mitchell was third in communication analysis and fifth in parliamentary debate, while Madeline Norrell (Chandler, Okla.) was fifth in individual debate and a quarterfinalist in novice individual debate.