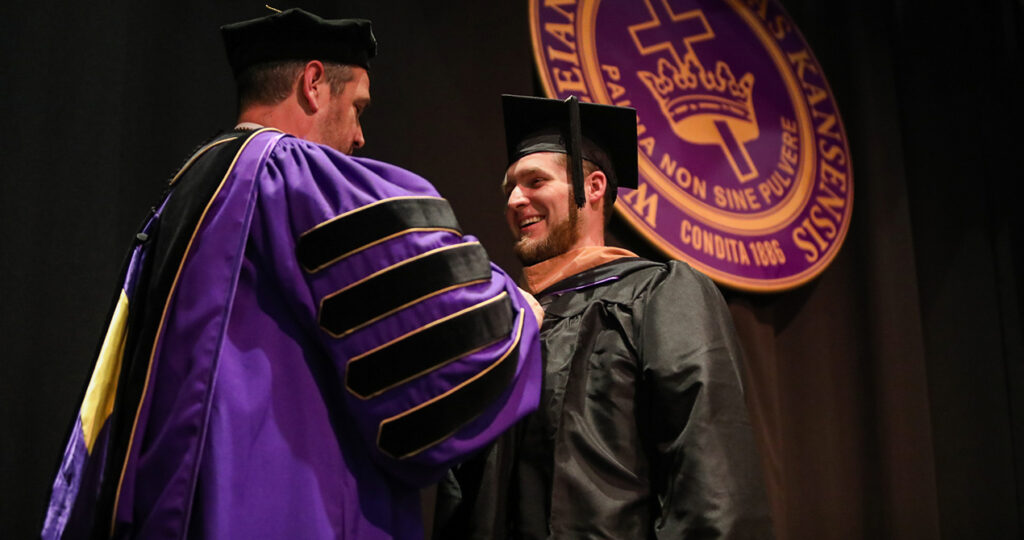 Kansas Wesleyan will recognize 26 graduating students this Friday, Dec. 6, at the university’s annual fall graduate recognition ceremony. The event will be held at 6 p.m. in Fitzpatrick Auditorium and a reception will follow in The Gallery in Sams Hall of Fine Arts.

All told, seven states and 15 majors will be represented at the ceremony.

Below is a complete listing of the graduates and their hometowns.