KWU Launches Phase Two of Campaign; Will Include Renovation of Sams Chapel 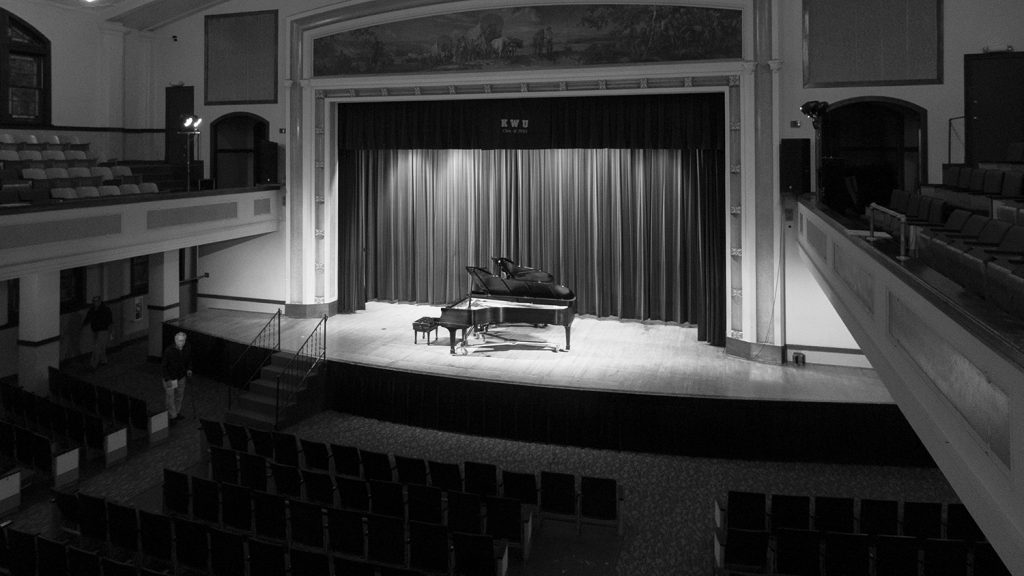 Home About News KWU Launches Phase Two of Campaign; Will Include Renovation of Sams Chapel

Music has always been an integral part of the Kansas Wesleyan experience. Whether it has been Christmas by Candlelight, student-led singing groups, the Philharmonic Choir and its tours, or one of the many concerts provided, KWU is a place that embraces the heart of music. Now, the university will move one of its most beloved spaces into a new era.

The university announced Wednesday that phase two of the Power of AND Campaign will include a $4.5 million Music campaign. This will allow the university to renovate both departmental spaces and Sams Chapel, an effort that will include the construction of new faculty offices, practice rooms and both a lobby and entrance specific to the chapel itself.

“Sams Chapel has been the soul of the campus for more than 90 years,” said Dr. Matt Thompson, KWU president. “Virtually everyone who has come through campus since 1926 – when the chapel was dedicated – has memories of that space. By renovating the chapel, we will allow it to flourish for a new generation and to be a space for our community. We will do this while respecting its history, legacy and everything it means to our university.”

KWU has received more than $2 million toward its goal of $4.5 million for Music. The university is more than halfway to its overall campaign goal of raising $26 million by June 2024.

In phase one, which began in June 2019, KWU greatly increased its overall number of scholarship opportunities, with a focus on Nursing, Fine Arts, Business and the sciences. Included in those new opportunities were the Central Kansas and Ad Astra scholarships, which focused on students from Kansas and, more specifically, certain counties in the central part of the state. Thanks to the support of the Vanier family, a third opportunity – the Saline County scholarship – helped KWU invest in students from its home county.

“The support we saw during phase one of this campaign has been fantastic,” said Ken Oliver, vice president of Advancement and university operations. “Continued work throughout our campus will enable us to better serve students through improving both their practical and educational experiences. The Music campaign is a tremendous example of that philosophy.”

The campaign ties in to KWU’s long-range strategic plan in numerous ways. That plan is based upon four principles: Integration, Stewardship, the Coyote (student) Experience and Holistic Academics. Each area is covered within phase two of the Power of AND campaign.

“As a faith-based institution, we are called to be good stewards of the gifts given to us,” said Oliver. “This campaign will insure that one of our crown jewels, Sams Chapel, will be strong for generations to come. It will provide a different type of energy to our campus life, increase community resources for the arts and improve KWU’s ties with Salina overall. We are also confident that the renovation and creation of new Music department spaces will provide practical experience for our students, thereby increasing our holistic academic environment.”