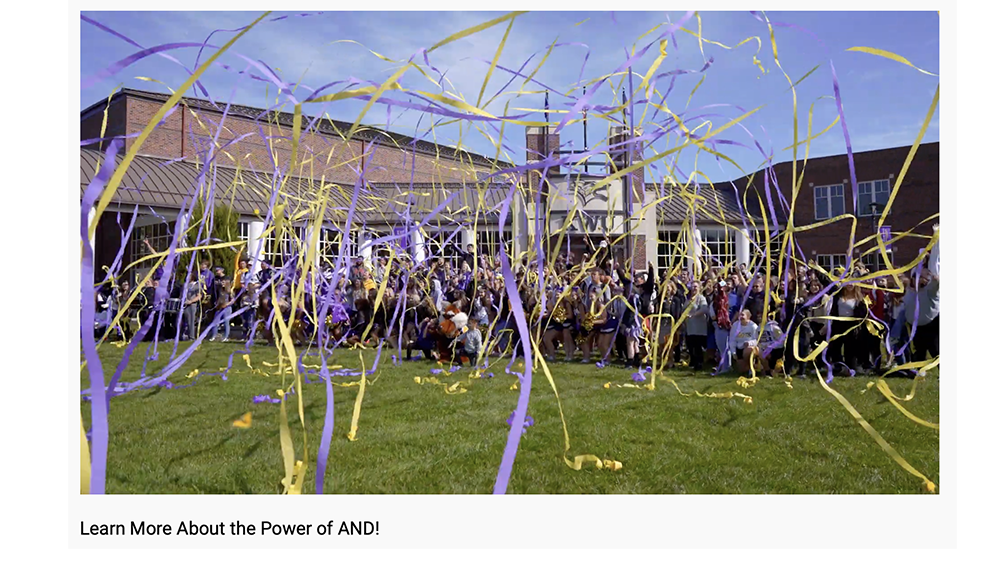 Kansas Wesleyan’s Marketing and Communications office earned a trio of national honors from the Communicator Awards, according to information released by that organization earlier this month. The office has won five national awards in the past 12 months.

The above eight universities average nearly 30,000 students enrolled to KWU’s 812.

Golden Chick, UFC, Montana Lottery, Volkswagen Group of North America, Hartsfield-Jackson Atlanta International Airport and Anheuser-Busch are among the non-academic organizations to have earned this award.

Fili Creative, which produced the ad, earned recognition, as well.

“This is a tremendous honor for Kansas Wesleyan,” said Brad Salois, director of marketing and communications (MARCOM). “I couldn’t be prouder of our team. To have earned five national awards in a year’s span is tremendous for any university, but to do it at a small school borders on the unprecedented. It truly shows the vision, passion and dedication our team has.”

KWU also earned a pair of Awards of Distinction. The university was recognized for its Christmas card and its admissions viewbook, both of which were produced in-house by MARCOM’s Theresa Stevens. The viewbook earned the same honors as North Texas’ viewbook and a magazine out of Rutgers, while the Christmas card joined pieces produced by the University of New Mexico and the Michigan State alumni office as holiday cards receiving awards.

“It’s great to see this work honored as well,” said Salois. “Our entire team did great things with these projects, but it was Theresa’s hard work and expertise that elevated them into rarified air. Her talent can be seen across campus, and we’re fortunate that she’s a Coyote.”

Kansas Wesleyan previously earned a 2020-21 Award of Distinction for the “We’re Back” video, produced by former videographer Franco Rivas ’15, and a gold EduAD award for the October 2021 launch of the university’s website.

ABOUT THE COMMUNICATOR AWARDS: The Communicator Awards is dedicated to recognizing excellence, effectiveness, and innovation across all areas of communication. We are the leading international awards program honoring talent in this highly competitive field. Founded nearly three decades ago, The Communicator Awards receives almost 5,000 entries from companies, agencies, studios, and boutique shops of all sizes, making it, globally, one of the largest award shows of its kind. The Communicator Awards is sanctioned and judged by the Academy of Interactive & Visual Arts (AIVA), an invitation-only group consisting of top-tier professionals from acclaimed media, communications, advertising, creative and marketing firms. AIVA members include executives from organizations like Amazon, Big Spaceship, Chelsea Pictures, Conde Nast, Critical Mass, Disney, ESPN, GE Digital, IBM, The Nation of Artists, Nextdoor, Spotify, Time, Inc., the Wall Street Journal/Dow Jones and Wired. To learn more about the AIVA, please visit www.aiva.org.