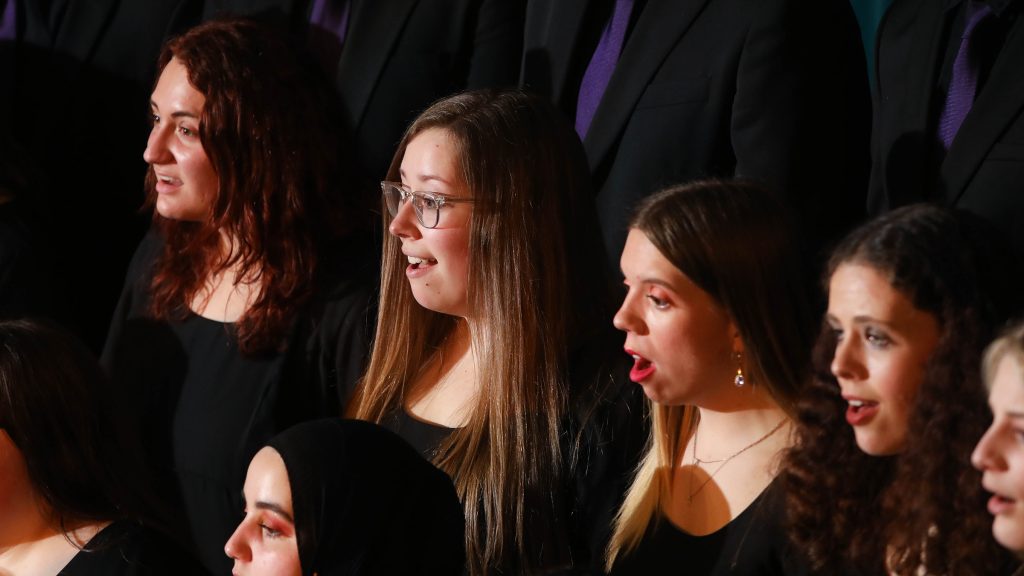 Kansas Wesleyan has revealed its 2022-23 schedule for music and theatre performances, a slate that will include two music festivals and a collaboration with Theatre Salina during the spring semester.

The schedule opens Sept. 30, when the Orchestra, Wind Ensemble and Jazz Ensemble perform at 7 p.m. The fall play is next on the agenda, as KWU Theatre performs “The 39 Steps” Oct. 21, 22 and 23. There will be no charge for tickets for any of the three performances. However, reserving tickets through the university’s fine arts department is strongly encouraged.

Another Orchestra, Wind Ensemble and Jazz Ensemble performance (Dec. 6, 7 p.m.) wraps up the fall semester schedule. Music returns to the stage Feb. 9 for the second annual Salina Strings Day. Master classes and performances, including guest artists Adele and Derek Stein, will take place throughout the day, all leading to a group concert that evening at the KDOT Auditorium.

The KWU choral groups – the Philharmonic Choir and Wesleyan Chorale – are scheduled to perform Feb. 19 at 2 p.m., and the wind ensemble, orchestra and strings groups will take the stage March 2 at 7 p.m.

The first of two spring festivals – KWU Jazz Fest – will take place March 20-22, and from March 31-April 16, the spring musical, “Something’s Rotten,” will run in collaboration with Theatre Salina. Tickets can be procured through Theatre Salina.

The KWU choirs will host a concert April 13 (7 p.m.), followed by a final Jazz Ensemble, Orchestra and Wind Ensemble performance April 27 at the same time. The annual Pops Concert wraps up the 2022-23 schedule May 5 at 7 p.m. in the Student Activities Center.

All music performances – other than Salina Strings Day and the Pops Concert – will be held in Sams Chapel and are scheduled to be streamed live and free of charge on the KWU Student Media YouTube page. The fall play will take place in Fitzpatrick Auditorium and a decision on streaming will be announced closer to the performance date.

There will be no charge for any KWU concert or on-campus play this year.

Various faculty recitals and special guest performances will be announced at a later date.