KWU Music to Present Final Concert of the Year 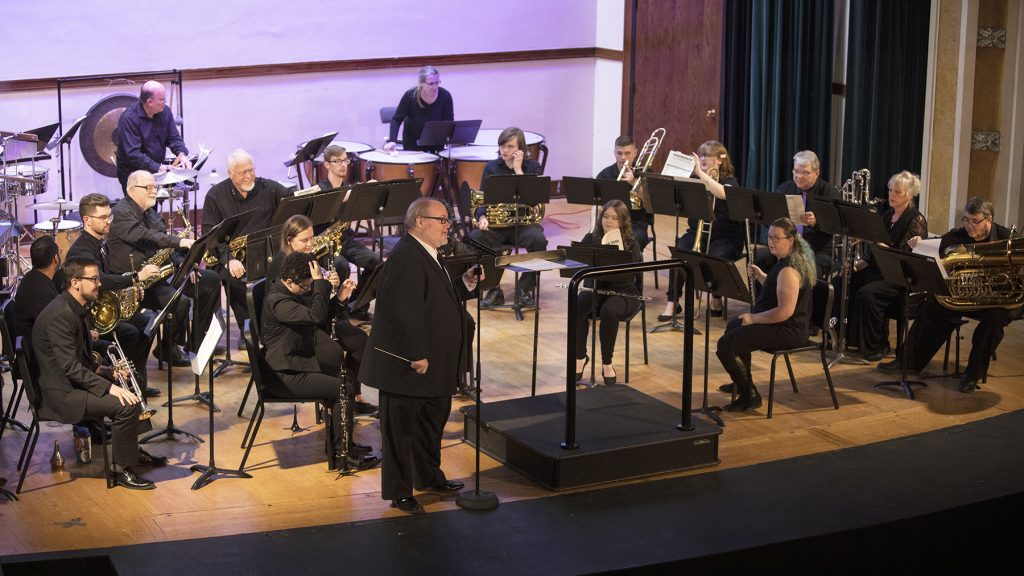 All performing ensembles of the Kansas Wesleyan University Music Department will participate in the department’s Pops concert, the last performance of the academic year. Department Chair Dr. James McAllister promises some surprises, along with rock, jazz, original, contemporary and classical selections.

The concert, featuring The Howl of Kansas Wesleyan Pep Band, Wesleyan Chorale, String Orchestra, Jazz Ensemble, Philharmonic Choir, Wind Ensemble, KWU faculty and the combined ensembles will be at 7 p.m. Thursday, May 5, in the Student Activity Center on the KWU campus. The concert is free and open to the public.

The Howl of KWU, led by Director of Athletic Bands Chris Miertschin, will kick off the concert with the university’s fight song, “Chelsea Dagger” and “Rockin’ Robin.”

The Wesleyan Chorale, conducted by Dr. Anne Gassmann, will perform the Billy Joel song “Still Rock and Roll to Me.” The String Orchestra, led by Dr. Leonardo Rosario, will follow with “We Don’t Talk About Bruno,” from “Encanto,” and “La Cascara.”

The KWU Music faculty will offer two selections: Gassmann will perform Ella Fitzgerald’s signature tune, “A Tisket, A Tasket,” and Dr. Gustavo do Carmo and Steve Lueth will surprise with a special version of “Dueling Pianos.”

The Jazz Ensemble, directed by Lueth, will follow with “Mr. Pinstripe Suit,” by the Big Bad Voodoo Daddies, and an arrangement of Duke Ellington’s “Hit Me With a Hot Note and Watch Me Bounce.”

The Philharmonic Choir, also led by Gassmann, will join the Jazz Ensemble for an arrangement of “Route 66” by Lueth. The choir then will perform two selections on its own: “Haven’t Met You Yet,” by Michael Bublé, and “Another Day of Sun,” from “La La Land.”

The Wind Ensemble, conducted by McAllister, will perform Henry Fillmore’s march “Americans We,” led by a guest conductor, and the “March of the Cute Little Wood Sprites,” by P.D.Q. Bach, the alter ego of musicologist and satirist Peter Schickele.

“Telephunk!” an original composition by McAllister and played by the combined of the Philharmonic Choir, String Orchestra, The Howl, Jazz Ensemble and Wind Ensemble, will conclude the concert. This piece, commissioned in 2020, is a setting of Laura Richard’s poem “Eletelephony,” a whimsical verse that imagines an elephant using a telephone.