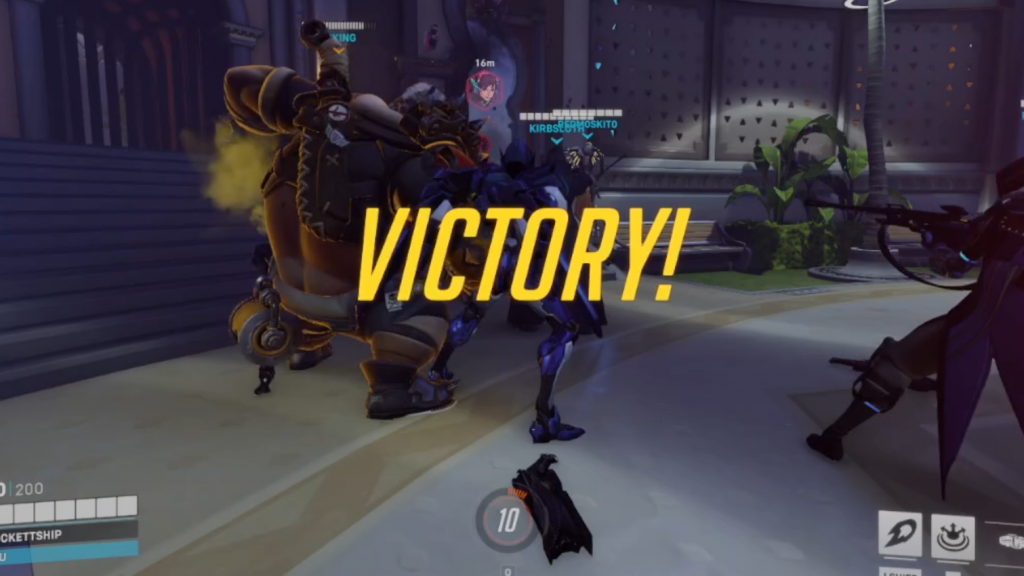 Below story is provided by KWUCoyotes.com.

KUPP was the higher seed in the match-up and chose Busan for map 1. The Coyotes had a strong start to the map but ultimately lost a very close first map 2-1. KWU picked King’s Row for map 2 and showed dominance thanks to an early 4 player shatter from senior captain Taylor “Viking” Wright on Reinhardt.

KUPP picked Route 66 for map 3. Despite another strong start by KWU on offense, partly thanks to Lance “Kirby” continuing his path of destruction on Hanzo, KUPP prevailed in the tiebreaker 4-3 to take a 2-1 map lead in the best of five series. With KWU trailing the match 2-1 and map 4 set as a push map, KWU needed to step up and that’s exactly what happened.

KWU picked Esperança as the fourth map. Esperança means Hope in Portuguese. For those that are unaware, the push game type was introduced as part of Overwatch 2 and is a kind of tug of war style competition where a robot is pushed by either team as far towards the enemy base as possible. Whichever team has the highest distance pushed when the time runs out wins the map.

With just over five minutes left on the map KUPP led by a wide margin of 76 meters to 30. With the season on the line, Taylor made the call to switch to Roadhog from Winston and after a series of team fights, a great push gave the Coyotes the lead 107-76. From that point KWU was able to hold the final two minutes to win 107-87. This forced a winner take all fifth map for the Divisional Championship.

Keiser picked Oasis for map 5. Throughout this season KWU found success with a battle tested airborne duo of Aiden “crockettship” Quill on Pharah and Liam “RedM0skit0” Morales on Mercy. This series was no exception and KUPP also switched to Pharah in an effort to control the skies.

This switch proved fruitful for KUPP as they took a 1-0 round lead on Oasis. Again, facing elimination, the Coyotes needed to win the next two rounds to win the match. Support stalwart Peyton “Pugs” Dyer, normally known for her sensational Lucio rollouts, put on a masterful performance with Ana and her anti-heal. The last two rounds on Oasis were won by KWU firing on all cylinders to take the Divisional Championship.

“So proud of this team. The progress we made from the release of OW2 is remarkable,” KWU eSports Program Director Ethan Weis said. “Thanks to the NACE season, strong practice habits, and a trip to the HCC Quad State Showdown we played our best when the playoffs arrived. The full varsity core shares in his win so I want to thank Taylor, Peyton, Lance, Aiden, Shawna, Joseph and Liam for their work this season.”