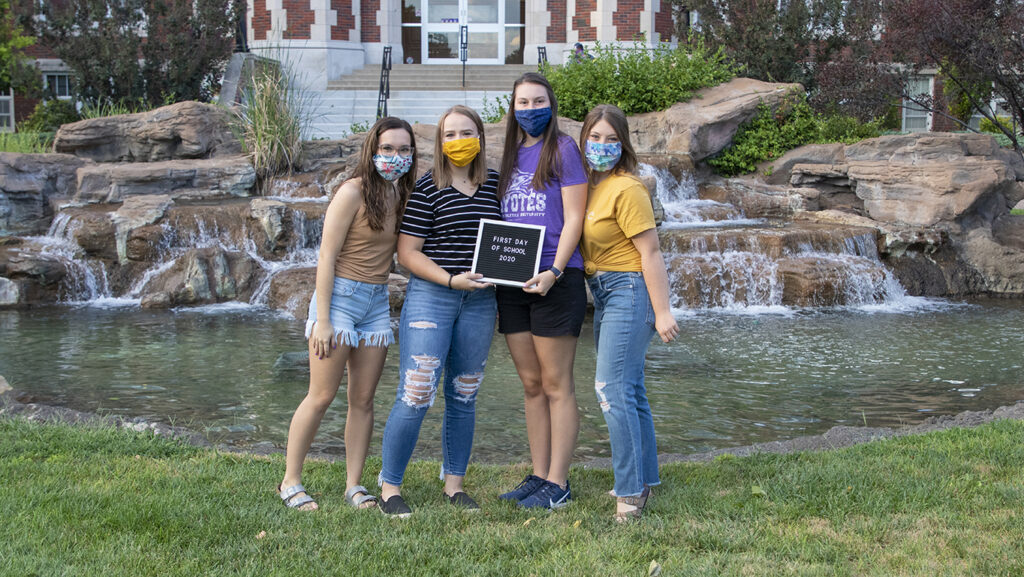 There is cause for celebration at Kansas Wesleyan University. Despite COVID-19 and the current climate surrounding higher education, KWU’s enrollment is projected to be at its highest point in nearly a decade.

The increase is the result of a university-wide effort, including significant change and growth in two of KWU’s flagship programs, Music and Nursing. The Music Department has welcomed several new faculty and implemented a new, exciting vision that fosters the fusion of varying musical styles, ideas and genres, while Nursing is on the verge of opening a new $5 million facility that will be the first new educational building on campus in over 50 years.

KWU also launched the first Diversity office in school history to help ensure and promote an inclusive, welcoming campus, a campus that saw nearly $1 million in capital improvements in recent months. In addition, changes were made in the university’s external-facing departments, including Admissions, that helped further the university’s recruitment efforts.

Those efforts combined have pushed KWU’s total projected enrollment to more than 800, which would be the highest figure since fall 2011. Early estimates also show the university with more than 300 new undergraduate students for the first time since that same fall 2011 semester.

“Our team has done great work,” said Ken Oliver, vice president for Advancement, Admissions and Marketing. “Claire Massey ’17 and Angi Keopraseuth ’99 have led the Admissions staff to new heights, and our coaches and academic recruiters have done an excellent job as well. To bring in a class of this magnitude in any conditions is fantastic, and I could not be more pleased with the final numbers, the team’s work, and the quality of new KWU students.”

“This is a phenomenal accomplishment by our staff,” said Dr. Matt Thompson, KWU president and CEO. “Throughout the COVID-19 pandemic, we have made our decisions – both large and small – with the priority of serving students and their families. We have communicated our decisions and the reasoning behind them on a regular basis, and we believe this level of communication and understanding helped make clear the culture we have at KWU. However, we cannot overlook other changes made throughout the university, including the creation of KWU’s first Diversity office, the success of the Nursing program, and our recent capital improvements. All of these factors have helped show our commitment to excellence, and contributed to what is one of the most exciting times to be a Coyote!”

Final enrollment numbers for the fall semester are scheduled to be released on the 20th day of the term (Sept. 4).