KWU Readies for a New Year 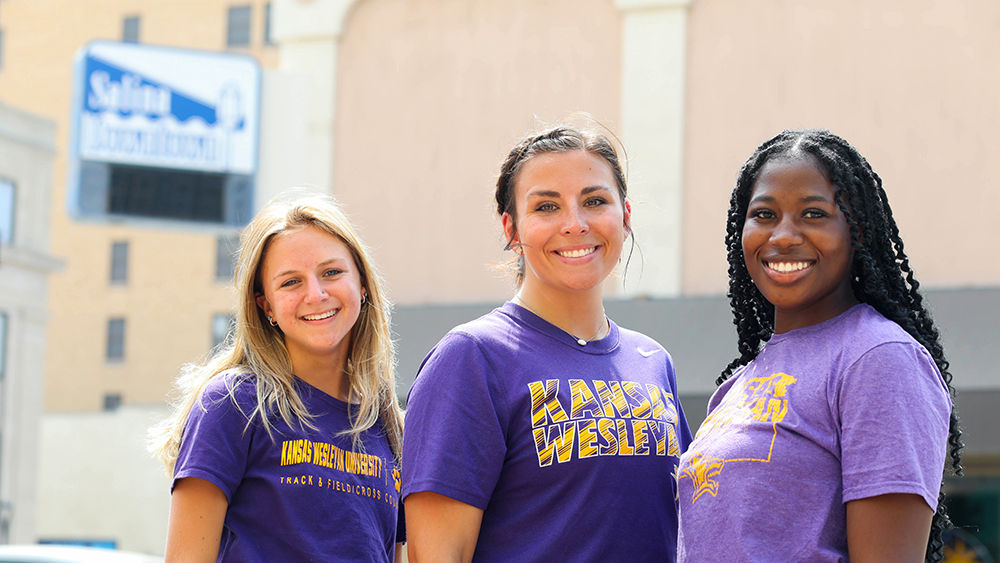 Home About News KWU Readies for a New Year

A new year is on the horizon at Kansas Wesleyan, and with it the promise of continued momentum.

New students will check in Wednesday, Aug, 10, while returning students come back to campus two days later. While orientation features many new activities and events, it’s what’s on the horizon that may be most exciting. KWU opened the Nursing Education Center in January 2021. The next major facility change will be in Music, where the campaign for Sams Chapel and departmental spaces is gaining significant momentum. Discussions are underway about a formal groundbreaking, which could occur as soon as this academic year.

“We believe we are on the cusp of a new day at our university,” said Ken Oliver, executive vice president of advancement and university operations. “The KWU experience has always been exceptional, and it’s always been unique. The Power of AND has always had the ability to provide both what students want and what students need. However, with the upgrades on the horizon for Music and multiple significant announcements planned for the next academic year, we believe 2022-23 will be a year to remember for KWU.”

When students return, however, they won’t have to wait to see improvements in the residence halls, where aesthetics, plumbing and other often-unseen features have been upgraded. They will see improvements in classrooms, where televisions and new technology have been installed to improve the learning experience, and they will see other changes. South Hall and several KWU-owned houses on Highland Avenue have been demolished. Some of this work is to make room for the university’s next major project, which will be announced in the coming weeks.

Students also, without question, will be excited about the return of activities, fronted by the athletic schedule. Men’s and women’s soccer open the home slate Aug. 27, and football begins its pursuit of another NAIA playoff berth Sept. 3 against Friends. That game will feature a special announcement.

“As the only collegiate athletic program in Salina, we hold a special place in this community,” said Oliver. “Athletics provides a place for people to gather, to support a common friend, and to see the value of teamwork and camaraderie first hand. That community support will take a new form Sept. 3 with this special announcement, and we could not be more excited.”

The Music schedule also gets underway this fall, with a Sept. 30 concert opening that slate. This spring, KWU will resume its collaboration with Theatre Salina, a long-running association that had been halted for a time due to logistical concerns.

“We’re fortunate to be in a community that offers such wonderful opportunities for our students,” said Oliver. “Theatre Salina is a great example of that. The chance our students have to not only perform with that group but to be an integral part of a production is something that sets our Theatre Arts program apart.”

KWU’s brand continues to grow throughout the state, as the university’s significant investment in marketing will include ads on nine different television stations in five different media markets this fall. Notable investments in digital advertising continue, and the university will support numerous local events. New this year is advertising with three regional high schools, which, when combined with KWU’s support of USD 305 (the Salina-area school district), will put the university’s brand directly in front of nearly 2,700 students on a consistent basis.