KWU Speech and Debate Competes in Pair of Recent Tournaments 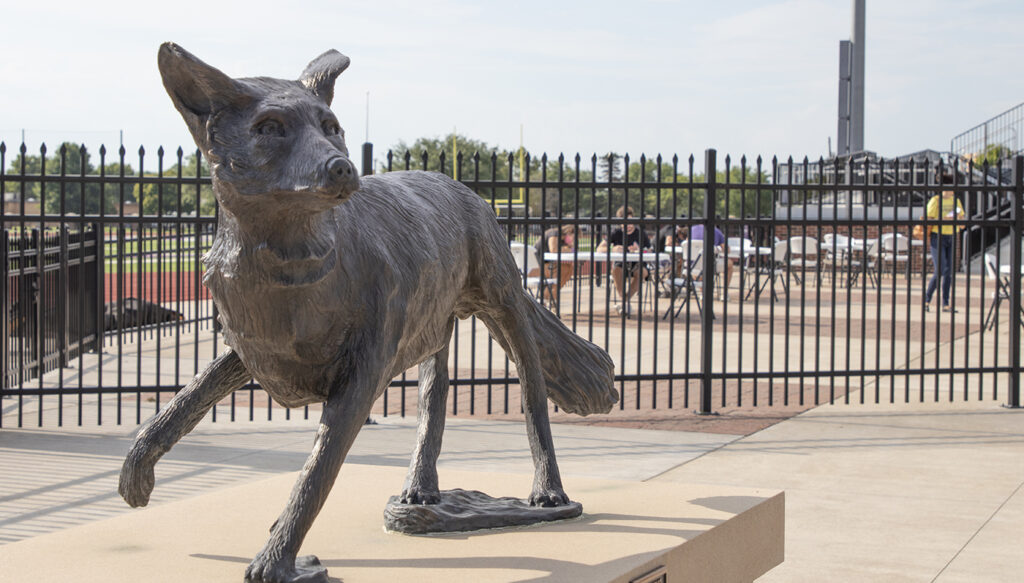 Kansas Wesleyan’s speech and debate team returned to action the weekends of Oct. 3 and 10, garnering positive results at a pair of virtual tournaments.

The team competed in the Bob Derryberry 2020 Season Opener on the first of the two weekends, an event hosted by Southwest Baptist. Bryce Boyd (Oklahoma City, Okla.) garnered a second-place finish in open extemporaneous, as well as a third-place result in open informative. Abby Wray (Wichita, Kan.) was third in open program of oral interpretation and fifth in open dramatic interpretation.

The team then returned to action by hosting the Forensic Flyover, a three-day virtual event that included KWU’s first parliamentary debate tournament of the season. Boyd and Savannah Bonilla (Salina, Kan.) were semi-finalists in the tournament, posting a 5-0 record heading into the semifinal round. Wray and Madi Mitchell (Mulvane, Kan.) finished with a solid 3-2 record during the tourney.

A capsule of individual results from the Forensic Flyover appears below.

KWU will continue its competition season with additional virtual tournament throughout the fall semester.