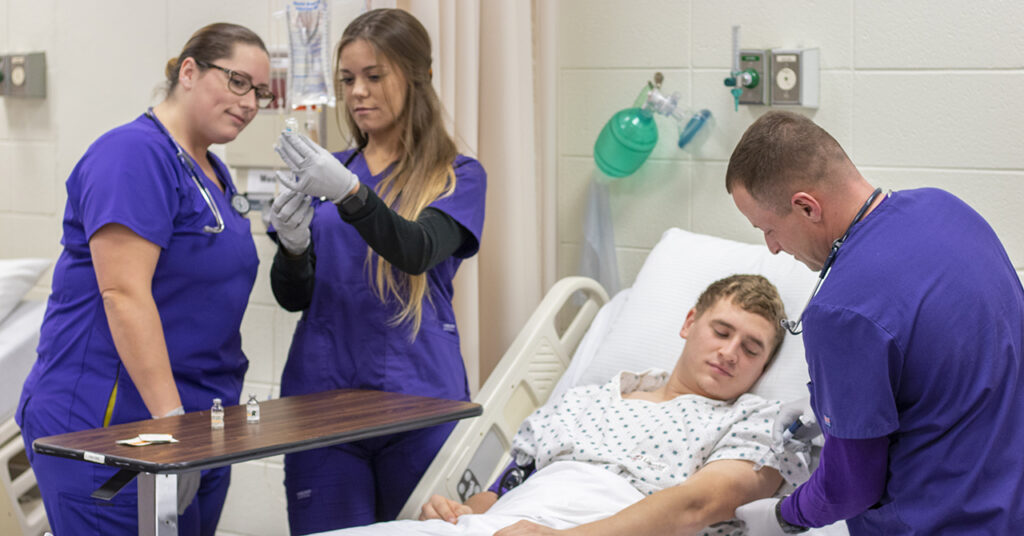 Home About News KWU to Host Celebration for Nursing Center

Kansas Wesleyan University will host a special celebration event on Oct. 10, honoring those who have donated to the renovation of its new nursing facility. The event starts at 5:30 p.m. on the site of the new facility, 135 E. Claflin Avenue, and it will be open to the public.

“This is an exciting time for Kansas Wesleyan,” said Ken Oliver, senior director of development. “We’re thrilled to honor those who have made this facility possible.”

Plans are well underway for the renovation of the building. The 13,400-square-foot building will be the first new instructional facility on campus in 50 years. A recently announced $250,000 grant from the Dane G. Hansen Foundation boosted the total received in the campaign to just over $3.75 million, under a million dollars shy of the amount needed to complete the project.

Of the last two classes of KWU Nursing Education students, 100% passed the National Council Licensure Examination (NCLEX) and are currently working as nurses in Salina. The Nursing program at KWU was established in January 1988 after the Asbury Hospital program was moved to the university.