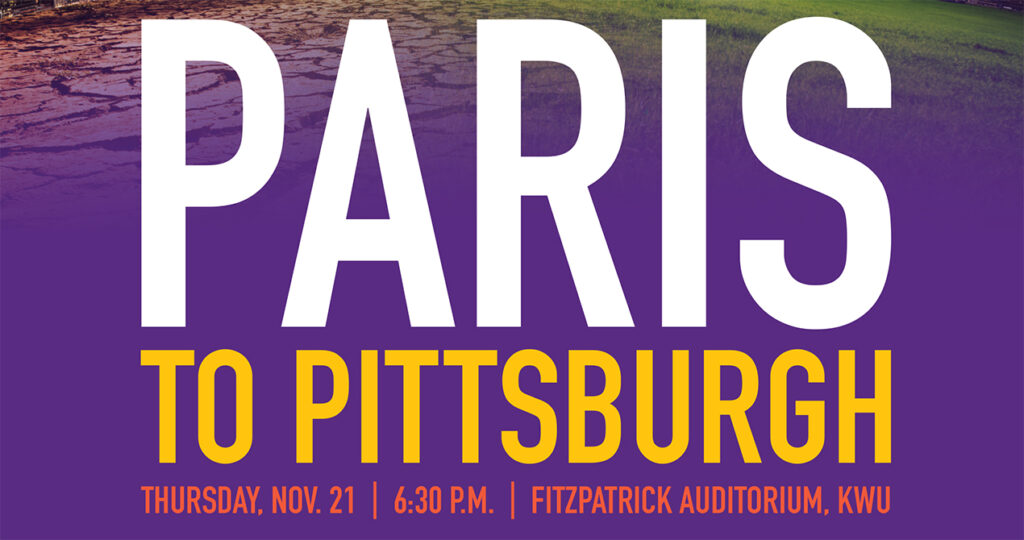 Kansas Wesleyan University will host the National Geographic film, “Paris to Pittsburgh”, on Thursday, Nov. 21 in Fitzpatrick Auditorium as part of its Intersections series, which focuses on the crossroads of real-world issues and academia. The film, a 76-minute documentary on climate change, will be shown in Salina for the first time beginning at 6:30 p.m., and admission is free.

“Paris to Pittsburgh” is a 2018 documentary film directed by National Geographic and produced by Bloomberg Philanthropies, National Geographic and RadicalMedia. The film spotlights the cities, states, businesses and citizens taking action from coast-to-coast, including in America’s heartland, while exploring the very real social and economic impacts of climate change-fueled disasters. “Paris to Pittsburgh” features voices from local leaders and ordinary Americans, presenting the stories of resiliency and recovery from disaster.

Following the film, breakout discussion groups featuring local leaders will be held. Attendees will have the opportunity to discuss the movie and how climate change can affect them as individuals, as well as how churches, schools and the government in Salina can address the issue. Mayor Trent Davis (government), Rev. Noni Strand (church) and Carol Viar (education) will serve as group facilitators.

Tickets are required for the event in order to assure that everyone is seated. For more information, please visit www.kwu.edu/boxoffice.

This event is co-sponsored by Redeemer Lutheran Church of Salina.