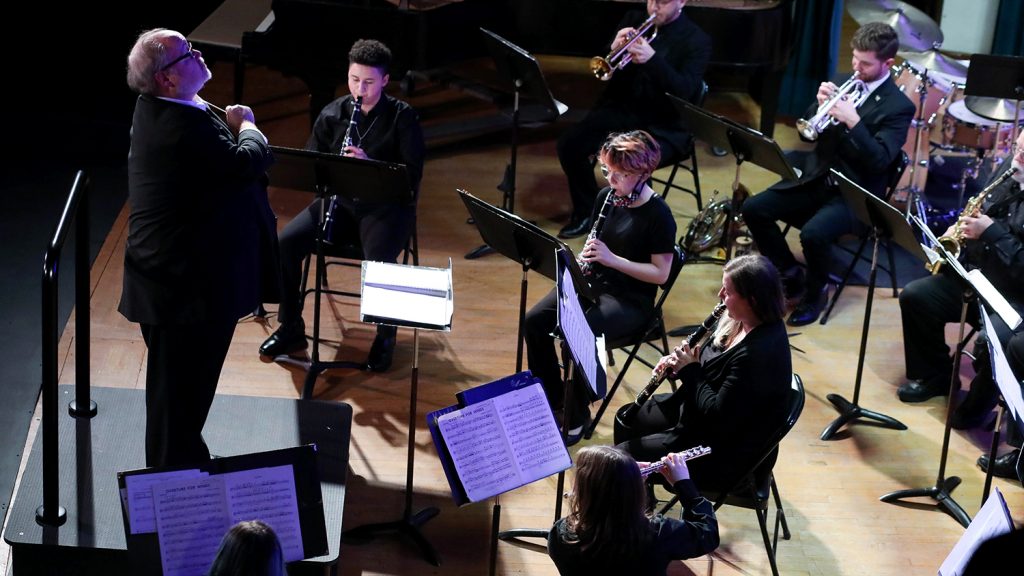 Kansas Wesleyan’s String Orchestra and Wind Ensemble will perform a joint concert on Thursday, March 3 in Sams Chapel. The performance begins at 7:30 p.m. and admission is free.

The String Orchestra, under the direction of Dr. Leonardo Rosario, will perform an eclectic mix of music from noted 20th-century composers. Opening the concert will be a performance by two movements written for the motion picture “Psycho,” composed by Bernard Herrmann.

Aaron Copland’s ballet “Rodeo” will be featured next, with a performance of the hoedown from this piece set in the Wild West. Copland’s picturesque music – familiar to audiences from many television commercials and other media – will be a highlight of the concert.

The KWU Wind Ensemble, conducted by department chair Dr. James McAllister, will feature a selection of pieces that highlight both traditional and new music arrangements. John Philip Sousa’s march “King Cotton” will begin the program, followed by a transcription of the overture to Mozart’s comic opera “The Impresario.”

A beautifully lyric piece entitled “Sleep” by Eric Whitacre will be followed by a selection of songs from Leonard Bernstein’s “West Side Story.” Closing the concert will be the terrific “First Suite in E-flat” by British composer Gustav Holst.

For more information about this concert or the many offerings provided by the Department of Music, please visit the department’s website at www.kwu.edu/music.