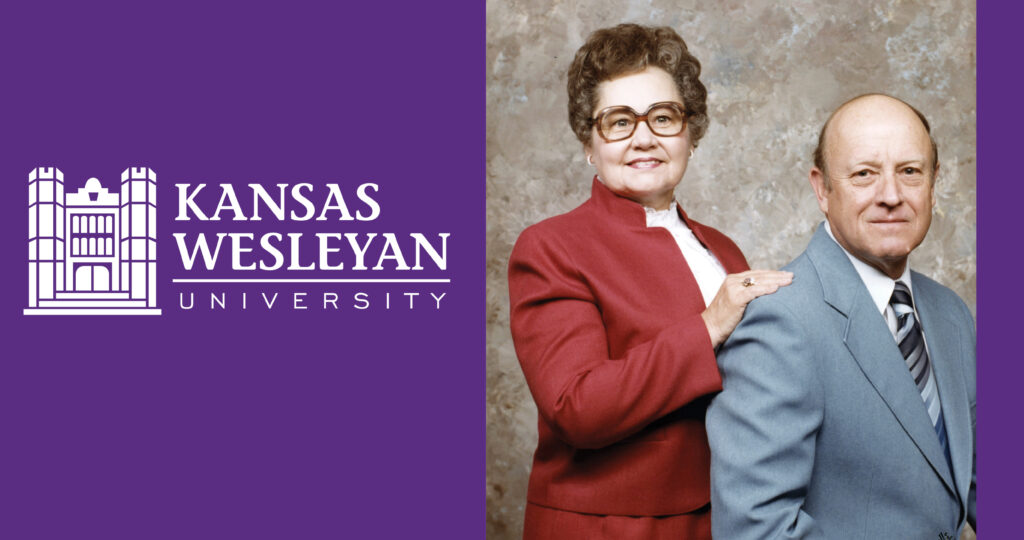 It was announced recently that more than $4 million from the estate of Dale Olson, a Salina native and longtime supporter of Kansas Wesleyan, was donated to Kansas Wesleyan University upon his Sept. 2019 passing. It is the largest single gift in KWU history.

“Dale and his family meant a great deal to our university,” said Ken Oliver, vice president of Advancement, Admissions and Marketing. “Although he graduated from another institution, he always maintained his ties to Salina and, more specifically, to KWU. He went on to accomplish great things and, because of his generosity, more students will be able to follow in his footsteps. We thank the Olson family for this incredible gift.”

Olson, a Salina native whose father’s concrete company laid the original Pioneer Hall steps, attended KWU from 1945–47 following a stint in the Naval Reserves. He noted that the head of the KWU Mathematics Department played a key role in his academic success. Olson would complete two years of pre-engineering courses at KWU before transferring to Kansas State, where he graduated in 1951 as a Mechanical Engineering major with a petroleum option. Olson rose to become one of four senior engineers with Conoco – now Conoco Phillips – before retiring in 1988, but maintained his ties to Salina and to KWU.

He would later endow one of the largest scholarship funds at Kansas Wesleyan, one that would average $5,800 per student annually for 33 students. He and his late wife, Marceline, also gave half a million dollars for the construction of the track that bears their family name at the Graves Family Sports Complex.

The Olson estate giving has been split between KWU and Kansas State.