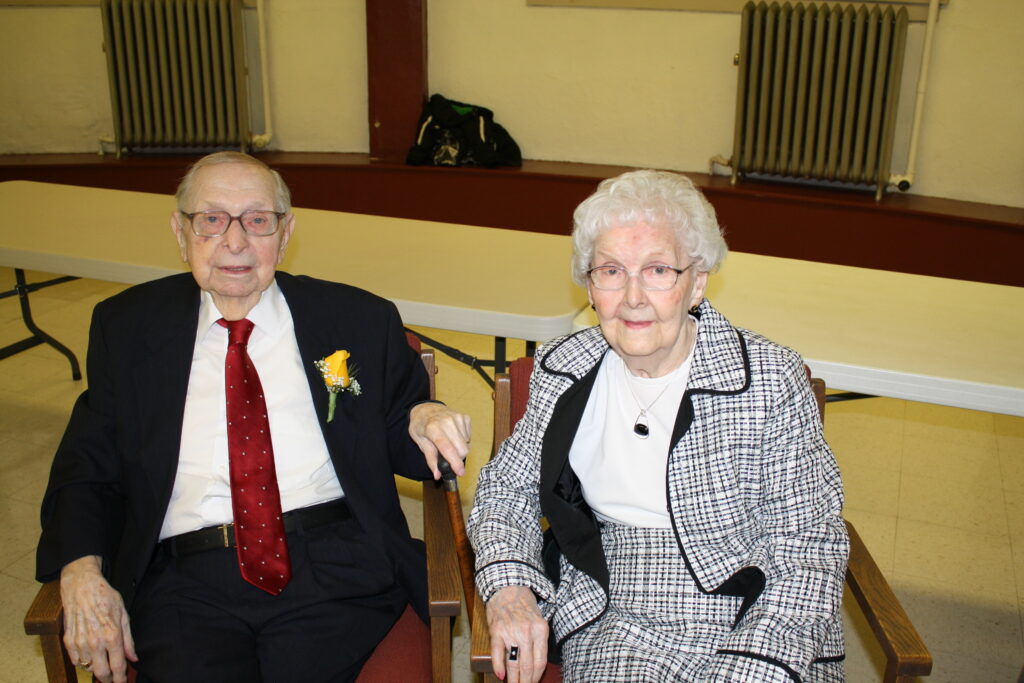 On Friday, January 13, 2017 the Kansas Wesleyan community lost Harry H. Huber, a talented retired professor and musician. For 32 years, Huber and his wife Sara dedicated their careers to the university.

In 1945, Harry and Sara (Watson) Huber moved from New Jersey to Hutchinson, KS where Harry served as the organist at Hutchinson Methodist Church. In the Fall of 1947, Harry joined the faculty as a piano instructor, and Sara began administrative duties in the Dean’s office. Harry was a graduate of Temple University in Philadelphia, PA. In 1957, the board of trustees granted Huber a sabbatical to pursue his doctorate at Boston University’s College of Music. His doctoral studies focused on musicology, religious music and keyboard instruments. Huber was fortunate to have studied under notable musicians such as Dr. Alexander McCurdy and Dr. Rollo F. Maitland. In the 1960s, he took a brief sabbatical to accompany the 20th Century Federation of Women’s Clubs to Europe. While in Europe, he attended summer music festivals, visited Bach’s birthplace, and explored the film location of The Sound of Music.

Professor Huber served twice as chairman of the Fine Arts Division. In the 1950s, he was chairman during the groundbreaking and completion of Sams Hall of Fine Arts. By 1952, he was recognized by the publishers of Directory of American Scholars and Who’s Who in the Mid-West, Methodism and International Music. During his tenure, he was actively engaged both on and off campus. On campus, he assisted with numerous organ recitals and led performances during the KWU Fine Arts Festival. Off campus, he was involved in many organizations including the Salina Civic Music Association, Salina Area Piano Teachers League and the Salina Chapter of American Guild of Organists. In 1964, he was instrumental in securing the famous musician Dr. Claire Coci to perform at the dedicatory recital for the Shriwise organ, which was donated by Christina Shriwise.

In 1979, Harry and Sara announced their retirement. While Harry worked tirelessly in the music department, Sara moved from the dean’s office to the president’s office where she served under six university presidents (two acting presidents). While the Hubers’ closed their chapter as employees at Kansas Wesleyan, their dedication remained in the hearts of those who knew them.

Upon their retirement, former university President Bratton said, “I am tempted to recite a litany of reasons why this is indeed a sad moment for us all, but you who know them know these reasons.”

A concert and reception was held to honor the Hubers where three of his former students came to perform at University Methodist Church. The same year, Harry along with longtime benefactor William H. Graves Sr. were awarded honorary doctorates from Kansas Wesleyan University. Post teaching career, Harry continued to be a vital part of the university community as he served as the organist at University Methodist Church until 2009.

Harry was 102. His father, a New Jersey auto salesman, lived to be over 100 years old as well.