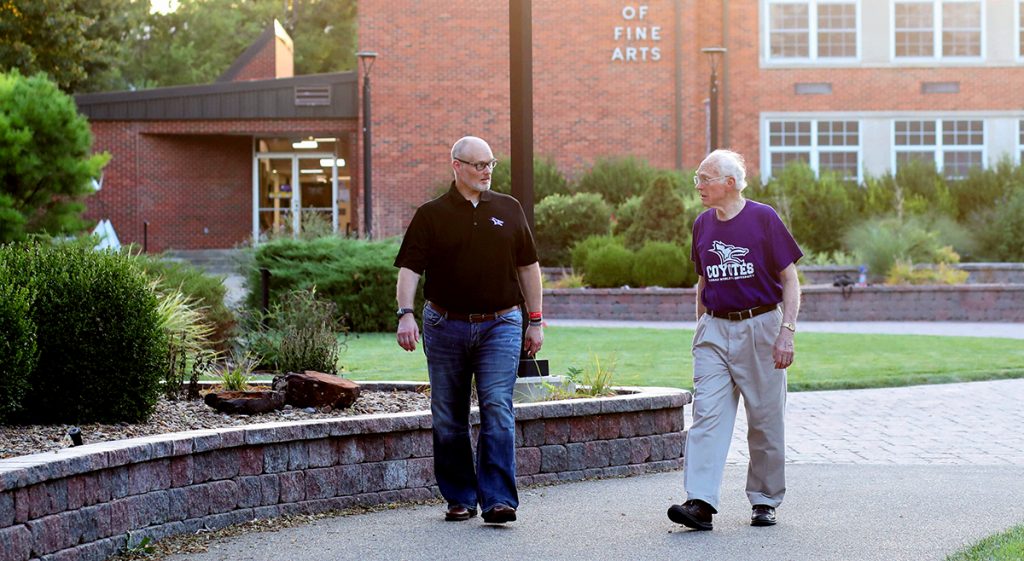 Stanton was part of an extensive legacy at KWU, including the Rev. Dr. Marshall Stanton, his father and former university president. Numerous other relatives, including wife Brenda (Meyers) Stanton ’97, sister-in-law Jenny Riggins ’94 and sister Kirsten (Stanton) Drennon ’88 are KWU graduates, while several family members currently attend the university. This was Nathan’s seventh year on the university’s Board of Trustees, where he helped oversee one of the greatest expansion periods in KWU’s 135-year history.

“Nathan’s support and counsel were always encouraging to me,” said Dr. Matt Thompson, KWU president. “I found great strength in my relationship with him, and his ideas helped me focus on leading the university into the heart of our mission. He understood the importance of integrating KWU’s heritage of faith and spirituality into everything we do, even as our world has continued to change. Our university, his alma mater, will forever be grateful for his dedication and service to both KWU and the entire region.”

Nathan Stanton was a graduate of Salina Central High School, where he was selected to the 1986 all-city football team. Stanton was a true renaissance man on and off campus, as he was an all-KCAC selection (as a defensive lineman) and starred in both local and university stage productions. Prior to his senior year at KWU, he was part of a ministry team to Europe that utilized both sports and street mime to share Christianity.

Stanton graduated from KWU in 1991 with a bachelor’s degree in English Language and Literature (general) and went on earn two master’s degrees, the first from Saint Paul School of Theology (Master of Divinity, 1996) and the second from Kansas State in 1999 (Speech Communication, Theatre and Dance).

He went on to pastor four United Methodist Churches — Anthony, Wichita Pleasant Valley, Plains-Kismet and Wichita Saint Mark, a historically black church — following his ordination into the ministry. He spent four years as Coordinator of New Church Development before becoming Director of Congressional Excellence for the Great Plains Annual Conference in 2017. In these last two roles, he led bold action that focused on supporting and enhancing local churches in their work of service and mission. In his four years as coordinator for new church development, 13 new congregations were formed, a majority of which were predominantly Black, Hispanic and African congregations. He introduced numerous programs to grow new churches as well, highlighted by the “20 By 2020” plan that focused on growth in the Great Plains.

Nathan married Brenda Jo Meyers ’97 on December 17, 1994, in the Kiowa, Kansas United Methodist Church. He and Brenda have three sons, Noah, Isaac and Eli. The two oldest attend KWU and have followed in their father’s footsteps by participating in football. Their youngest son, Eli, is in middle school. Nathan is the son of Marshall P. and Janice (Duryee) Stanton.

Stanton was honored with the Buck O’Neil Legacy Seat at a Kansas City Royals game this past June, an honor given to individuals making a positive impact in their communities, and was part of the cover story in KWU’s “Contact” magazine this past winter.

“Nathan Stanton was an important part of Kansas Wesleyan,” said Dr. Thompson. “He valued KWU’s legacy while encouraging the transition toward the ever-changing needs of the world. More than anything, however, he was my friend. His faith, leadership and heart for the world will be missed by me and so many others. I’m deeply saddened by his passing. I hope you will join me in praying for his family during this time of loss.”

His funeral will be held in Sams Chapel on Friday, March 18, beginning at 2 p.m.