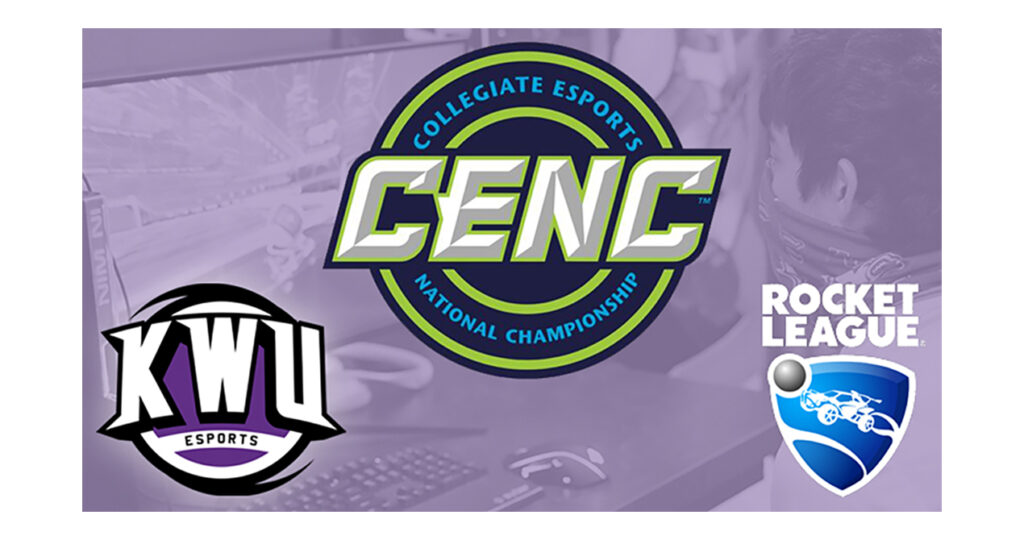 Kansas Wesleyan’s Rocket League team scored a huge win on Thursday night as the Coyotes, seeded fifth in the Collegiate Esports National Championship swept the No. 4 seed Wake Forest Esports Team 3-0 in the First Round of the championship.

KWU swept the best-of-5 match with scores of 4-2, 4-1, and 3-2. Nick Harris (Golden) was the leading scorer with six goals in the match. Brody Carrasco (Brodell) and Dominic Foged (Dyvrsity) were, as always, consistent in rotations and provided timely passes setting the team up for success.

In the first game, Brodell scored for the Coyotes just six seconds in assisted by Golden. Not even 20 seconds later, Wake tied it up 1-1. Wake took a 2-1 lead at 1:25 in with a goal. Dyvrsity got the equalizer for the Coyotes with a point blank goal from Brodell at 2:20. Golden scored the game winner at 4:20 with a breakaway and added the fourth goal with two seconds left.

Brodell had three assists and a goal. Golden scored twice and assisted one.

Golden opened the second game with a goal 24 seconds in tapping in a ball that deflected off the wall near the goal. The score stayed at 1-0 until the final two minutes when Dyvrsity scored at 3:17 to put KWU up 2-0. Brodell and Golden teamed up for the third goal with 22 seconds left and Golden put the Coyotes up 4-0 from Dyvrsity with 11 seconds left. Wake scored with three seconds left to avoid the shutout.

The third game saw Wake take a lead at 1:27 on an own goal. Golden and Dyvrsity got together for a deep shot to equalize at 2:20 for the Coyotes. Dyvrsity put the Coyotes up 2-1 with 1:42 to go off an assist by Brodell, but four seconds later Wake tied it 2-2. Golden had a huge save with 1:20 left and then six seconds later scored the decisive goal. Dyvrsity stopped a potential game-tying goal with seconds left to secure the win for the Coyotes.

Golden had two goals to lead the way.

Up next for the Coyotes will be the top seed in the tournament, Northwood (Mich.).

The match will be Saturday at 12:15 p.m. and can be seen on http://twitch.tv/esportsunetwork.