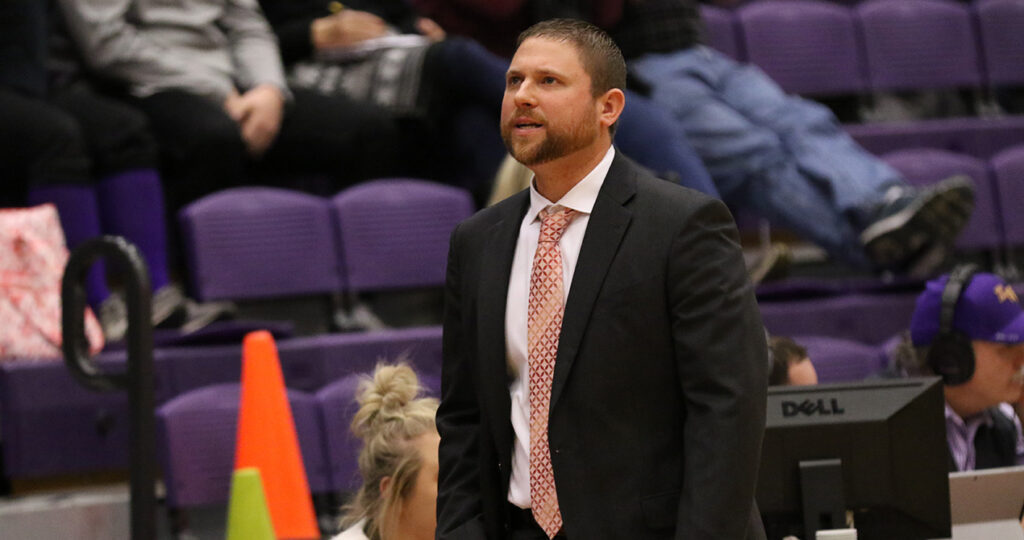 “Last year was a banner year and people asked me all the time ‘where’s your next move, what level you trying to get to, what job are you looking at?'” said Showman, who guided the Coyotes to a 26-6 record and the program’s first outright Kansas Conference championship.

The answer wasn’t surprising to those who know him.

That has been Showman’s mission almost since the day he arrived at KWU in 2000 as a freshman basketball student-athlete for Coach Jerry Jones.

Eight years as head coach, 153 victories, five seasons as an assistant and four years as a student-athlete later, a grateful university is showing its appreciation. Showman has been selected as recipient of the 2020 Randy Bemiss Coyote Lifetime Achievement Award.

The award is named in honor of the former KWU golf coach, who passed away in May, 2017. It recognizes individuals who have made an impact on the KWU athletics program over an extended period of time.

“He was always very supportive of me, he was always very supportive of our basketball girls, he went out of his way to talk to them and support them, go to games – even on the road. He did a lot,” Showman said of Bemiss. “He meant a lot to me as a friend and a colleague. It’s an honor to get an award that’s named after someone who’s that influential and that impactful.”

Just as Showman has been impactful on the KWU women’s program. He became the career leader in victories on January 11, 2020, with an 85-62 win over Oklahoma Wesleyan. It gave him 141 victories, surpassing his mentor and friend Gordon Reimer.

Showman later led KWU to it first outright conference title and the Coyotes defeated Mayville State (N.D.) 86-64 in the first round of the NAIA Division II Women’s Championship in Sioux City, Iowa, before the remainder of the tournament was cancelled due to the COVID-19 pandemic.

For Showman, the success and devotion is his way of repaying KWU.

To read the rest of the story, please visit KWUCoyotes.com.