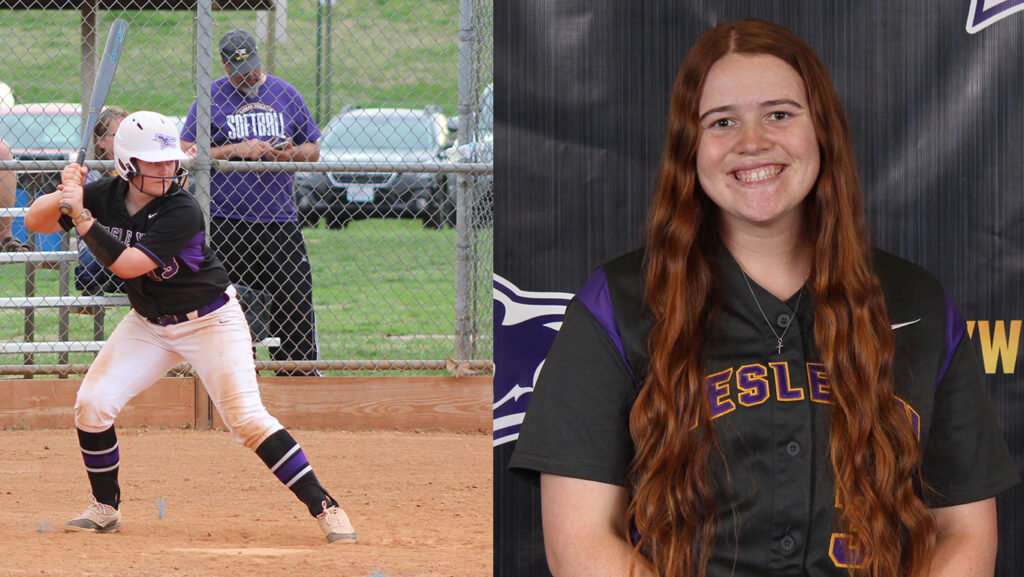 Home About News Softball’s Rich Honored as Champion of Character

Brenna Rich, a sophomore on the Kansas Wesleyan University softball team, has been selected as the 2019-20 KCAC Female Student-Athlete Champion of Character of the Year presented by IMA, Inc. and Dissinger Reed. Rich will be recognized at the KCAC Sport Management Conference August 4 at Bethel College.

“Brenna is a true leader on our campus and defines Champions of Character for us,” Steve Wilson, director of athletics of Kansas Wesleyan University, said. “She is well-respected by her fellow student-athletes and she believes in doing the right thing. I have been completely impressed by Brenna in my short tenure at KWU.”

“Brenna’s natural personality represents a Champion of Character,” Taylor Reichard, head softball coach at Kansas Wesleyan University, stated. “She is a servant of the community, her university, and her faith. She demonstrates the type of sportsmanship through softball that we hope all of our athletes present.”

Rich is involved in a variety of activities on campus. She served as a resident assistant this last school year, and will be returning to that position in the fall. She is involved with the Fellowship of Christian Athletes group at KWU, is a student leader on the Student Athlete Activities Committee, and has volunteered in several different roles in the athletic department.

In Salina, Rich has volunteered at several organizations, including but not limited to:

Portions of this release courtesy of the KCAC