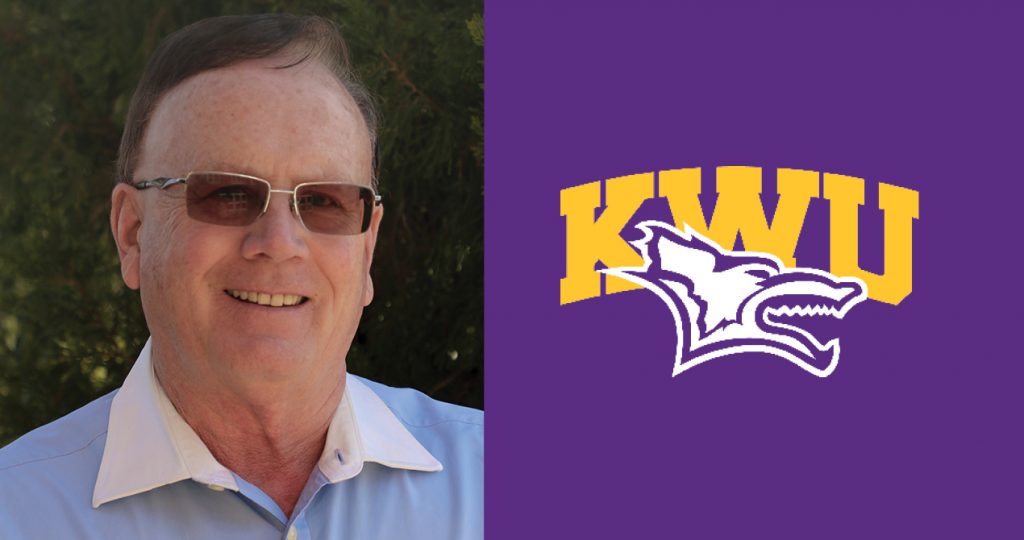 Longtime collegiate athletics veteran Richard (Dick) Speas has joined Kansas Wesleyan’s Admissions and Advancement teams, where he will serve as the director of athletic recruiting and fundraising. Speas began his position in late January.

The newly created position will serve as a bridge between Admissions, Athletics and Advancement, helping with recruitment, program fundraising and other ventures.

“We believe this position will help increase the synergy between these three offices,” said Ken Oliver, vice president of Advancement and university operations. “Athletics is a critical element of our institution, and having a representative designated to work across departments, with a focus on athletic-related goals, will help KWU be all it can be.”

Speas has also spent time in student life and admissions offices, along with multiple stops as an assistant athletic director. He briefly served as the Iowa Director for USA Baseball and has taught at multiple institutions.

“Richard has one of the deepest resumes possible,” said Oliver. “His experience will help Kansas Wesleyan get better every day.”

He holds a bachelor’s degree from William Penn University and a master’s from Truman State.