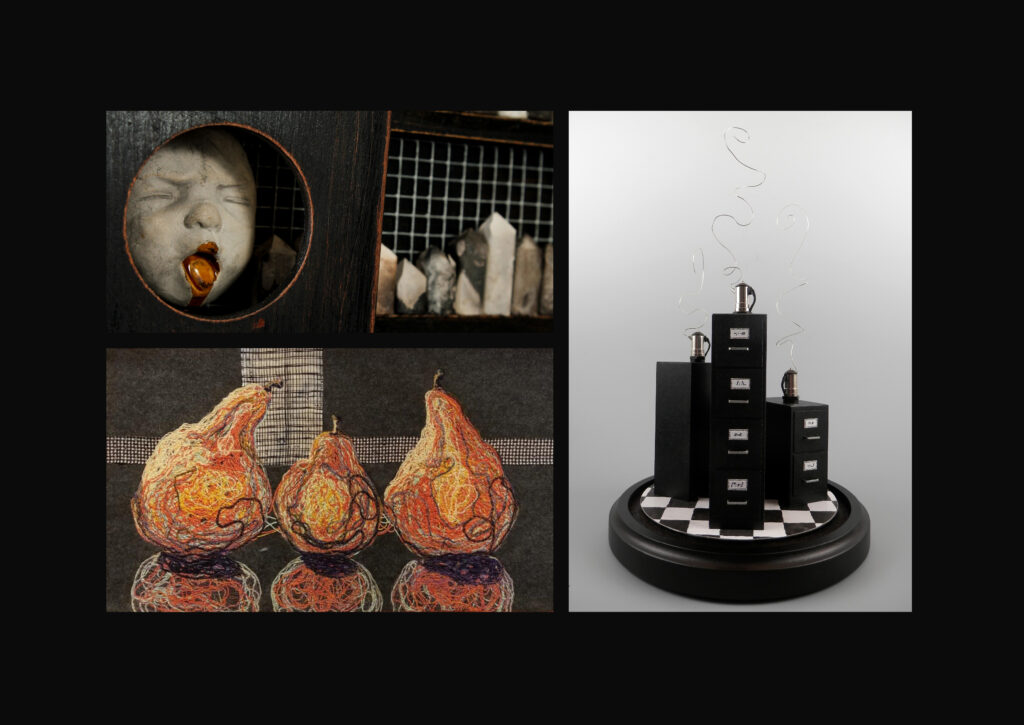 A special group show, “The Year of the Super Kitchen”, will debut Monday, Feb. 24 at The Gallery at Kansas Wesleyan University. Admission to the exhibit, which will run through March 27, is free. The event will feature works from three local artists, Debbie Wagner, Becky Hyberger and the late Peggy Medina, KWU ’05 and former director of The Gallery. Medina passed away last month. The exhibit, which has been shown at several galleries in the region, has continued in Medina’s honor.

“The Year of the Super Kitchen” is an exhibit that highlights each contributor’s way of being, thinking and working. Wagner’s work, primarily paintings and fiber art, teams with Hyberger’s miniature constructions and Medina’s abstract assemblages to create and illustrate inspiration, exploration and transformation. All of the pieces in the exhibit revolve around a kitchen-based theme.