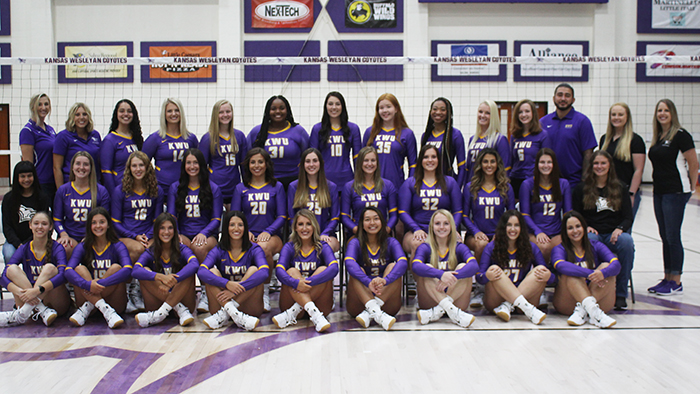 he United States Marine Corps and the American Volleyball Coaches Association have announced that more than 1,200 collegiate and high school volleyball teams have earned the USMC/AVCA Team Academic Award this season. The award, initiated in the 1992–93 academic year, honors volleyball teams that maintain a year-long grade-point average of 3.3 on a 4.0 scale or 4.1 on a 5.0 scale.

Kansas Wesleyan earned the award for the 13th consecutive year, a streak dating back to the 2010 season. The streak is the fourth longest active streak in the NAIA.

To view the full release on this honor, visit KWUCoyotes.com.