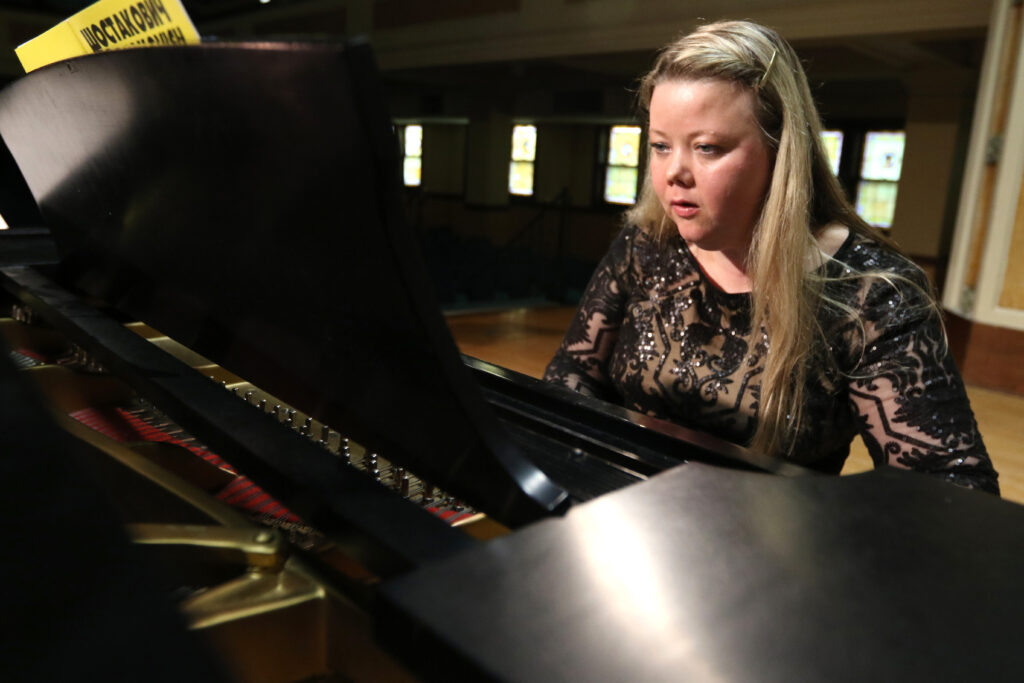 Home About News Women in Music

One hundred years after the U.S. Constitution was amended, Kansas Wesleyan University Director of Bands Carl Rowles wants to celebrate.

The assistant professor of music has embarked on an ambitious project to celebrate the 100th anniversary of the Suffragette movement that gave women in America the right to vote, also known as the 19th Amendment to the Constitution.

To mark that poignant and historic achievement in U.S. history, Rowles is leading a consortium of schools to commission four new musical compositions for band by four female composers. The consortium includes Chris Miertschin from Hutchinson Community College, who also serves as co-chair of the project.

The new music will be premiered in an Oct. 7 concert in conjunction with Middle School Honor Band at KWU.

Rowles said his motivation for the project comes from a sense of fostering diversity in music.

“For centuries, western music has been dominated by white male composers – think Bach, Beethoven, and Brahms,” he said. “Even in the wind band, our short history of musical development has centered around white, male composers.”

“Students look for themselves in others – whether it’s on TV, in the movies, in sports, and even in music. To help break through this white, male-dominated profession, directors are taking it upon themselves to diversify their programming, to ensure that what we are putting in front of our students reflects the people sitting before us,” he said.

Thus, a national consortium helps elevate composers to the forefront and puts their names on a national stage, Rowles said.

The composers working on the new pieces include:

Additionally, KWU is commissioning Makenzi Johnson of Garden City High School to write a new work to be premiered by the honor band. Donations to help fund the project can be directed to Rowles at [email protected].