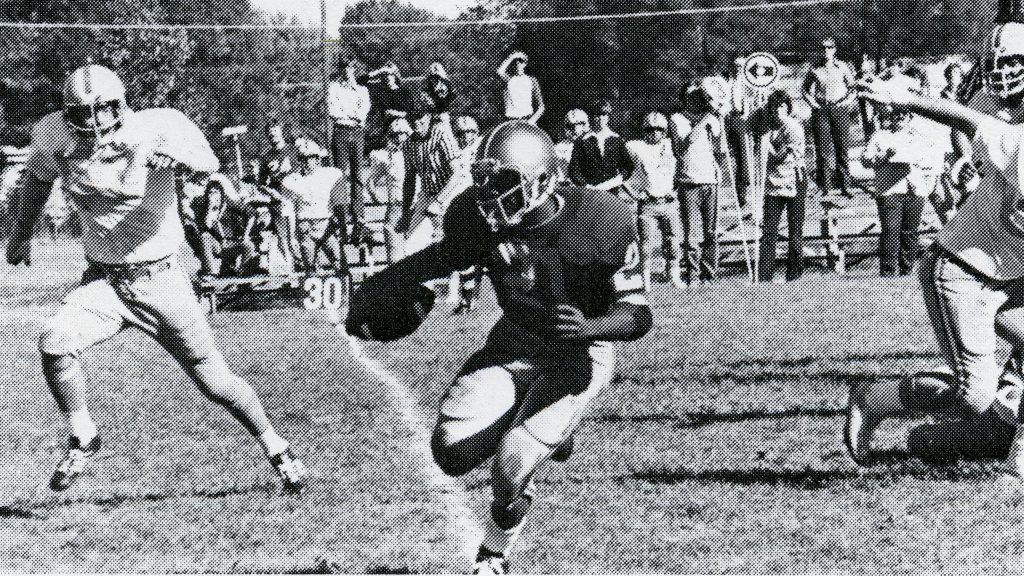 It was a day no Kansas Wesleyan University running back had previously enjoyed.

Ron West got the ball early and often, gaining big chunks of yardage each time his number was called in the Coyotes’ non-conference game against Colorado College on Nov. 6, 1976, at Glenn Martin Stadium.

They are the only three KWU backs to surpass 300 yards in a game.

West finished the 1976 season with 1,362 yards rushing on 208 carries, an average of 136.2 yards per game and 6.7 per carry. He surpassed the 100-yard plateau seven times during the season and led the Kansas Conference in rushing and scoring, his efforts earning him Second Team NAIA All-America honors in addition to First Team All-KCAC and NAIA District 10 recognition.

West enjoyed an ultra-productive senior season, as well, as he gained 1,106 yards on 184 carries with nine touchdowns, averaging six yards per carry. He was chosen Honorable Mention NAIA All-American along with First-Team All-KCAC and All-District 10.

West finished his career with 2,739 rushing yards and 26 touchdowns.

His career and accomplishments will be celebrated when he’s inducted into the Coyote Athletic Hall of Fame at 8 a.m. Oct. 22 inside Muir Gymnasium as part of Homecoming 2022.

West, who hails from Jamaica, N.Y., was a member of the football team for three seasons (1974-76) and played for Hall of Fame coach Gene Bissell. Bissell led the Coyotes for 26 seasons and also served as athletics director.

“He was legendary,” West said. “He was a good teacher and he cared about you, more than just football. That’s what I liked about him. He was always talking about life as he was coaching strategies to win the game. We didn’t win a ton of games but we still got fulfillment out of the games we did win.”

West earned tryouts from three National Football League teams, one of them the Kansas City Chiefs.